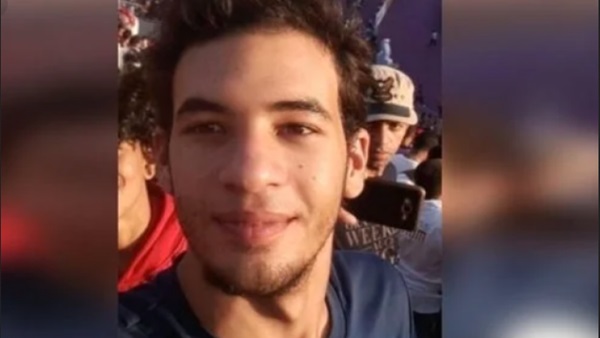 According to The Manual, America’s second most popular social justice campaigner on Instagram is @lilnativeboy who campaigns on cultural appropriation, voting rights, food scarcity, and education inequality affecting America’s indigenous population. In just over 2 years, he has amassed a significant and impressive 150,000 followers keen to support him and the causes he believes in.

In America, there are 323 million people of which 37% have an Instagram account – some 107 million users in total. In Egypt, there are 11 million users, just 4.3 million of which are women, from a population of 98.42m in a society where free speech is regularly repressed by authorities.

When you put it in this perspective, building 150,000 Instagram followers in a week is exceptional for an Egyptian photo-blogger.

But this feat was particularly remarkable. Why?

Egypt has a problem with women

Egypt finishes in 115th place out of 119 on the UNDP's Gender Inequality Index. Only 2.2% of parliamentary positions are held by women. Women only make up 24.2% of the labour force.

Although some improvements have been made in the scope of gender equality in recent years, 99.3% of women have experienced sexual harassment. Actual offences committed against women following the Arab Spring uprisings of 2011 are reported to have soared.

In March, a woman wearing non-traditional dress had to be escorted from the grounds of Cairo University after male students harassed her and threatened to rip off her clothes. Rather than chastise the male students, the authorities chose to escort the woman from the premises instead.

This is symptomatic of a culture of victim-blaming widespread in the country although not universal by any means. In 2012, one member of Egypt’s upper parliamentary house said that"(w)omen contribute 100% to their rape because they put themselves in that position." Psychologist Farah Shash has explained that young boys are rarely if ever prevented from molesting girls publicly, going on to state that their “families will just laugh.”

But, despite that, an anonymous women’s rights campaigner in Egypt built an Instagram following of 150,000 in under a week. Her Instagram account was created specifically to name and shame an alleged serial sexual predator.

She and her followers not only achieved this remarkable feat – they also affected actual change.

The campaign has generated significant international media coverage. The government and police have responded to her @assaultpolice Instagram account positively and appropriately.

This could be the beginning of a mass new social justice campaign focused on Egyptian gender equality.

The story behind Sabah and @assaultpolice

Together with her business partner Mohamed Kassem, Sabah runs an online platform called End Quote dedicated to showcasing the work and the talent of Middle Eastern artists.

Young Arab women make up most of this busy site’s followers. Speaking to Mvslim, she states that “many women find themselves ready for a gender revolution”. Most of Sabah’s own poetry is based on how women are treated as “second-class citizens in their own countries”.

Sabah’s work subjects her to lots of abuse online. One message she recently received, as reported to CairoGossip, stated that “if I see you on the street I will rape you. Because look at the way you’re dressed and look at what you’re instigating. Girls like you are the reason why other women get raped.”

In this respect, her experience is the same experience as many other Egyptian women.

But Sabah is a particularly strong-willed and determined person intolerant of injustice so, on July 1st 2020, she joined the newly-launched @assaultpolice Instagram group. Her involvement in the campaign would be crucial as we’ll share later on in this article.

At first reading to native English speakers, the name of the group sounds like an incitement to violence against police officers.

In fact, it couldn’t be more different. The @assaultpolice Instagram group was set up to bring to the police’s attention the alleged rape, assaults, harassment, and emotional & physical bullying of one Ahmed Bassam Zaki.

On a relatively obscure unofficial messaging forum on the subject of the American University in Cairo in 2016, a female student posted details of Zaki’s alleged harassment of her and her friends. AUC do and did not own the messaging board and it had no control over who used it or the comments placed on it.

Zaki was a student at the American International School of Egypt (AIS) at the time of the alleged incidents. The post attracted thousands of comments. Many of the comments defended Zaki citing his own defence within the thread that he had a fragile mental state and that he did not mean to hurt anyone.

Although aware of Zaki’s alleged actions, AIS chose not to expel him as he was a few days away from graduation. Instead, they posted “advice” to female students on the dangers of social media, engaging in sexual conduct, and sending photographs of themselves which, under normal circumstances, they would not like to be circulated.

Remarkably, after finishing at AIS, Zaki then joined AUS as a student. According to local publication, Egyptian Streets, a WhatsApp group was created at the start of the academic year in which Zaki was invited to be a participant.

New allegations about Zaki’s behaviour were regularly posted on the WhatsApp group and the debate on those allegations became intense and heated. Sentiment started to turn against him when the number and the nature of the alleged acts committed by him became known, as it did on the unofficial AUS thread which was still running.

Female students reported attempts at blackmail, sexual assault, sexual harassment, and rape. Zaki would allegedly lure females into thinking that they were going to a party with him only to find that, at the venue itself, there were no other people present.

He allegedly threatened family members, left abusive voice and text messages, and assaulted females on campus during his time at AUS. One female alleged that he filmed his assault of her and then blackmailed her threatening to release the video to her family – this was a frequently occurring assertion from many students.

Despite scores of allegations about his conduct, no charge had ever been brought against Zaki. No educational institution had ever sided with the victims.

Within a week, everything was about to change for Zaki.

The now two-year-old thread on the unofficial AUC message board in which Zaki’s alleged behaviours and crimes going right back to High School first became public was deleted at the very end of June 2020 by the administrators. He allegedly blackmailed the owners of the unofficial AUC Facebook page threatening to commit suicide if “girls didn’t stop harassing him”.

Sabah, as did many equality campaigners, noticed straight away and she was furious. For two long years, nothing had happened about Zaki. Sabah, along with other supporters of the campaign, were determined to keep as much of the knowledge of Zaki’s behaviour as public as possible.

On the morning of the 1st July 2020, the @assaultpolice Instagram group was launched by an anonymous activist who had allegedly been harassed by Zaki. It went viral very quickly.

Sabah and other members of the Instagram group wanted Zaki to answer to a court of law about the scores of allegations made against him and they determined not to let this be swept under the carpet for any longer.

A plea was placed on the Instagram account for evidence of Zaki’s alleged harassments and assaults. At that point, 50 girls had already admitted to uncomfortable experiences with him.

Members of the group had now tracked him down to a business school based in Barcelona, Spain where he was studying mainly online but also on campus.

Sabah contacted the school who formally suspended him just five hours later even though Zaki had only been a student there for 3 weeks. The school stayed in touch with Sabah as management consulted with staff, authorities, and stakeholders to keep her apprised of the situation.

In the meantime, in Egypt and around the world, the Zaki case was drawing significant media attention. 150 victims had now come forward by Friday 3rd July and Zaki’s father was preparing himself to defend his son against the allegations on what turned out to be a particularly explosive edition of the popular current affairs program “El Hekaya”.

Members of the group also secured the involvement of a leading Egyptian law firm and their campaign was also backed by the high profile National Council For Women.

Also, on Friday, back in Spain, the business school he was attending expelled him.

Sabah was delighted. Thanking the EU Business School, she said that the school did an “incredible, incredible job” in its response to the complaints and stating that the school was “a role model for other universities” with its inclusivity towards all students and its strict zero tolerance policy. She added that she was “(i)n awe of how this school sets an example of basic humanity – thank you for listening to people.”

On Saturday 5th July 2020, Zaki was arrested and taken into custody by the Egyptian Public Prosecution service. The police also indicated that they would investigate other suspected crimes committed against underage girls as part of their investigation.

Zaki denies responsibility for the crimes of which he is accused.

Al-Azhar and Dar Al Iftaa, Egypt’s main Islamic advisory, judicial, and governmental bodies, both issued statements denouncing victim-blaming, stating that how a women dresses does not open her up to sexual assault, and urging women who are victims of such crimes to report their abusers.

The campaigner now launched a dedicated website containing details of the allegations made against Zaki by victims. On the same day, the BBC picked up the story on its website and video channels. The New York Times, along with other major international media outlets, are preparing reports on the case of Ahmed Bassam Zaki.

Multiple women have come forward and Egyptian authorities confirm that Zaki is still under arrest. He has so far confessed to blackmailing 6 girls with private photos and the court has permitted his continued detention for another fifteen days.

Back in Spain, a serious accusation against Zaki was made on the 4th July about an alleged assault perpetrated by him while in Barcelona. However, following further review and in collaboration with

@assualtpolice, the claim was found to be false and totally untrue, made presumably to either discredit the campaign or the school.

A formal statement (http://news.euruni.edu/AhmedZakiStatement) was issued by the school and shared by the @assualtpolice campaign with its followers.

In further action, the school filed a criminal complaint with Spanish Police against Zaki to ensure that the justice system in the country could officially investigate the matter. The school also opened a help line for students who wish to have legal support and formally file a complaint.

Reuters follows the BBC by extensively reporting on the @assaultpolice movement. The New York Times has also indicated that they have sent a correspondent to cover the story.

Reuters reporters used their piece to expand on the situation by reporting that hundreds of Egyptian women are now using social media to condemn sexual violence in the country.

The power of social media to affect change among people, government, and businesses is growing. The global #metoo and Black Lives Matter campaigns have had significant impacts on societies around the world despite the relative newness of each of the campaigns.

Grassroots campaigns originating and gathering momentum on social media are changing the way in which people engage with and influence powerful decision makers.

We look forward to seeing justice served to Mr Zaki and observing the positive changes to the lives on women in Egypt as a result of the @assaultpolice campaign.