Fawzi Abu Ketf: Architect of cooperation between Erdogan and GNA 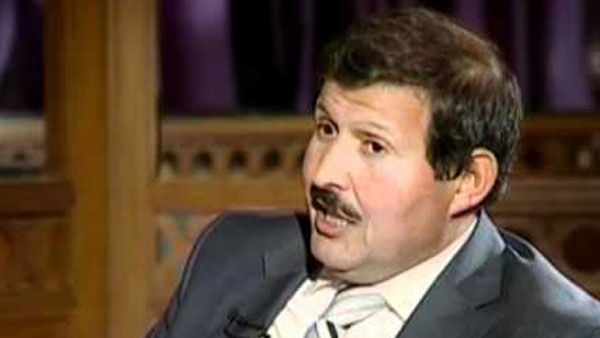 The relationship between Turkey and the Brotherhood in Libya is plagued by Turkish President Recep Tayyip Erdogan’s desire to restore the Ottoman Empire with the help of the Brotherhood.

The Brotherhood has worked on passing dubious deals between Turkey and the Government of National Accord (GNA) in Libya led by Fayez al-Sarraj. The most prominent of these deals was revealed by the website Africa Intelligence, which confirmed that Turkey had obtained contractual guarantees to train armed militias affiliated with the GNA, in a partnership agreement between the Turkish company SADAT, which is supervised by former general and Erdogan security advisor Adnan Tanriverdi, and the private Libyan company Security Side, which is affiliated with the Brotherhood and run by Libyan Brotherhood leader Fawzi Abu Ketf.

Fawzi Abu Ketf has a dark history in Libya, as he has been linked to war crimes, assassinations, and dubious relations with foreign entities. He is largely responsible for the lack of security in Libya, as he serves as one of Ankara's allies and collaborators to interfere in Libya by legalizing armed militias involved in criminal and terrorist acts and integrating them into the regular forces.

Born in Alexandria in 1956 to a Palestinian father and mother, Abu Ketf has family connections in Benghazi who belong to terrorist organizations and were involved in the assassinations of a number of Libyan army officers.

Abu Ketf studied computer science in Ohio, USA and graduated in 1981. Many of his neighbors do not know him personally and they did not endorse him due to his continuous absence and his multiple imprisonment charges on terrorism and affiliation with the Brotherhood.

He was imprisoned in 1984 after his name was found on a list seized from a Brotherhood member who was killed on the Libyan-Tunisian border in the same year, and he was released in 1992.

After working for a Libyan oil company, Abu Ketf was arrested again in 1996 for being affiliated with al-Qaeda and then released in 1998. He was arrested again just six months later and sentenced to life imprisonment, but he was again released within the framework of a Libyan reconciliation under the direction of Saif al-Islam Gaddafi.

Abu Ketf held several positions following the February 2011 revolution, including as commander of the February 17th Martyrs Brigade and deputy defense minister in the rebellious National Transitional Council, when he first attempted to establish a Brotherhood terrorist army.

The Libyan parliament added him to the terrorist list in June 2017 on charges of military and financial coordination with Qatar. Doha provided him with media support to promote the Brotherhood’s project in Libya. He also has close ties other prominent Brotherhood leaders in Libya, such as Justice and Construction Party (JCP) leader Mohamed Sowan, terrorist Abdelhakim Belhadj, and Ali al-Sallabi, who is suspected of being involved in the assassination of Major General Abdel Fattah Younes in July 2011.

The GNA granted Abu Ketf a diplomatic passport to facilitate his movement in Africa under cover as Sarraj’s ambassador to Uganda. In Turkey, he was able to make the most of his political Islamist networks to build his contacts with SADAT, which eventually succeeded in winning military training contracts in Libya by concluding a partnership agreement with Abu Ketf’s company.

Abu Ketf’s company Security Side operates out of the Palm City compound in Tripoli, which also includes the residences of staff of the European Border Protection and Coast Guard Agency (Frontex) mission. It also has a branch in Istanbul.

The company regularly provides security tasks for European companies and diplomatic delegations in Libya, and it previously won a contract to secure the arrival of a European mission to Tripoli in March. It has also protected French diplomatic delegations, Total oil company tankers, and the French-Libyan Chamber of Commerce (CCFL). However, this contract was canceled in 2018 after the French Foreign Ministry became annoyed due to the company's affiliation with the Brotherhood, which raised concerns about diplomatic security.