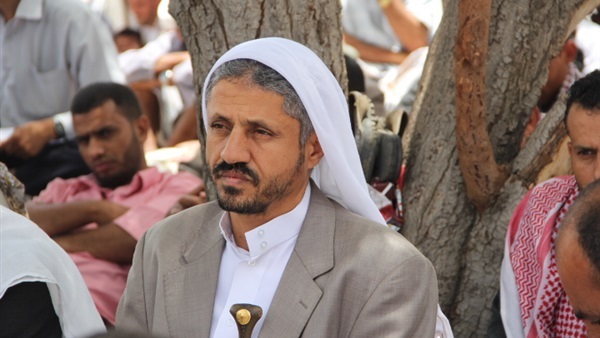 The International Organization of the Muslim Brotherhood has apparently become part of the army of Turkish President Recep Tayyip Erdoğan.

The organization recruits fighters from every part of the world to fight and implement Erdoğan's agenda.

Senior Muslim Brotherhood member and terrorist Hamoud Saeed al-Makhlafi has become an important tool for the implementation of the Turkish agenda in the region.

Al-Makhlafi was born in the western Yemeni province of Taizz in 1964. He studied Islamic law at the University of Sana'a. He spent a long time in Taizz, having worked for political police in the city. He also specified most of his time to solving the problems of ordinary Yemenis.

Al-Makhlafi came at the center of Muslim Brotherhood attention in 2011. The group wanted to use him in gaining influence over the popular uprising brewing in Yemen at the time.

In 2016, al-Makhlafi left Taizz for Saudi Arabia and then to Turkey. Muslim Brotherhood media said at the time that the Saudi Arabia-led coalition in Yemen forced al-Makhlafi to leave the country in order to undermine battles for its liberation from the control of the legitimate government.

Al-Makhlafi lives now in Turkey and travels to Qatar regularly. In 2019, he unveiled his plan to set up training camps in Taizz to fight the Arab coalition in Yemen.

He believes he and his militias can control the coastal strait which overlooks the Bab el-Mandeb Strait.