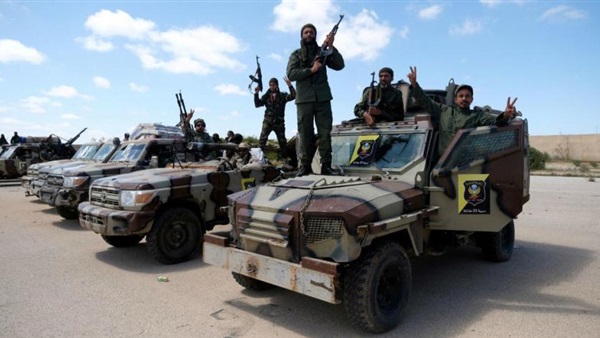 Facts on the ground speak of the challenges that will face the Tripoli-based Government of National Accord (GNA) on the road to the northern Libyan city of Sirte, even as the GNA keeps threatening that it will invade the city.

Backing this argument is the duration the GNA is taking to prepare for any move towards the northern city. The militias of the GNA have been aspiring to invade Sirte since early May. However, they have failed in translating these words into action so far.

The Turkish government-run Anadolu Agency attributed the failure of the GNA in invading Sirte to the presence of advanced Russian fighter jets in the possession of the Libyan National Army (LNA), which controls Sirte. The fighter jets, it said, help the LNA prevent any enemy force from advancing towards the city.

It said the GNA would not be able to advance towards Sirte without deploying an air defense system that incapacitates the Russian jets and allows ground troops to march towards the city.

The Qatari channel al-Jazeera said the same thing. It said the GNA cannot capture Sirte in the absence of an air cover.

The Egyptian army, Sisi said, would not allow forces from western Libya to advance towards the central cities.

France is also playing an important role in alerting the Europeans to the dangers inherent in Turkish moves in Libya.

Egyptian analyst Mohamed Farag Abulnour believes the Egyptian warnings had played a role in slowing down the GNA's advance towards Sirte.

He wrote in an article recently that Turkey would think twice before it moves towards the central city.