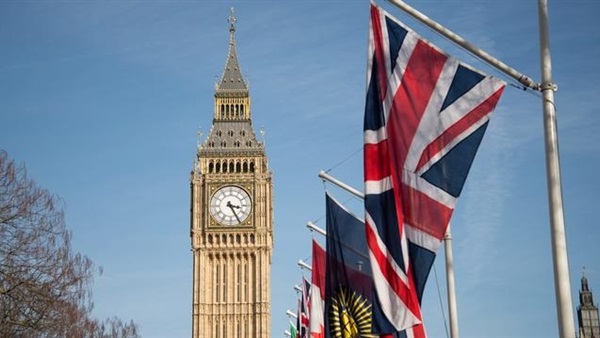 Over the years, the United Kingdom has been a target of ISIS, and despite the collapse of the terrorist organization’s alleged caliphate in Syria and Iraq, its elements still seek to demonstrate themselves through attacks by lone wolves.

Britain has witnessed an increased threat of stabbing operations by lone wolves who receive their instructions and methods of carrying out operations through the internet and social media.

The country is currently suffering from a wave of extremism amid the growth of the far right and the penetration of Islamist extremists in major areas for more than a generation.

Last year, the UK government warned of the security consequences of completing Brexit without a deal. Forbes reported at the time that in the event of an exit from European Union without a deal, there will be no period of implementation, meaning that any operational cooperation dependent on EU mechanisms will cease.

The report said that although there are alternative non-EU mechanisms to counter extremism, they will not provide the same capabilities, but rather put increasing pressure on UK security, law enforcement and judicial authorities.

In a study by the European Center for Counterterrorism and Intelligence Studies entitled "Challenges of lone wolves and the mechanisms to confront them by European intelligence services", it was pointed out that lone wolf operations are characterized unconventionality since they are carried out randomly and do not depend on central leadership, making it difficult for the intelligence services to unravel plots.

The study indicated that the extremist organization resorted to routing its operations to the West, and to European capitals in particular, due to the security restrictions and difficulty of carrying out traditional operations, as well as the difficulty of collecting proactive security information, which makes lone wolves the perfect means to avoid the grip of European security and intelligence agencies.

According to the study, ISIS focused on lone wolves for several reasons, the most important being their ease in penetrating European societies, the lack of funding for implementation, and the difficulty of security and intelligence services to prosecute.

In addition to the domestic waves of extremism, the British authorities also face the threat of foreign fighters returning from conflict areas and places that were under ISIS control in Syria and Iraq. To try to control matters, the authorities are adopting many measures and laws to counter terrorism.

Britain has resorted to reducing the terrorist threat level and establishing a secret database. Counterterrorist police throughout the UK run a secret database containing detailed information on thousands of individuals within the framework of the country’s prevention program to counter terrorism.

Interior Ministry officials can request information from the database. According to documents sent to the human rights organization Liberty, a total of 7,318 people were placed on the database from 2017-2018.

Neil Basso, chief of the UK’s counterterrorism police, said on September 10, 2019 that the British authorities had managed to thwart 22 attacks since March 2017, according to Al-Arabiya.

Britain is also seeking to take counterterrorism measures on the internet, and it has signed a data agreement with the United States and Australia that would speed up law enforcement requests for technology companies to obtain information about terrorist communications.

The Counter-Terrorism and Border Security Act gives the police the powers they need to disrupt terrorist conspiracies early on, while also ensuring that those seeking to inflict harm receive appropriate punishment.

The authorities in the UK can imprison people for just viewing terrorist propaganda online for up to 15 years.

British police officials are calling for mosque and church employees to obtain training related to countering terrorism in anticipation of any attacks that might occur following the defeat of ISIS in Syria and Iraq and its reliance on cells spread throughout the world.