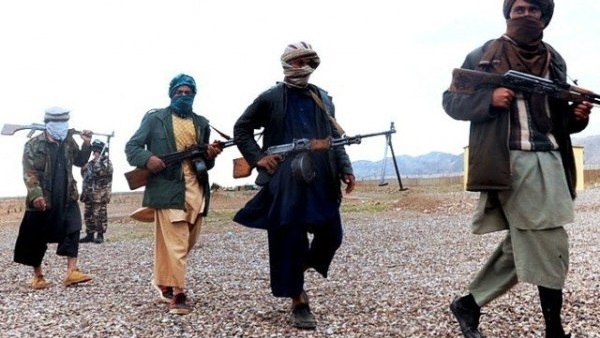 Amid the escalating violence in Afghanistan, President Ashraf Ghani on June 23 called on the Taliban to stop its violence and killings, calling on the group to accept the demands of the government and the people, commenting on the movement's recent attack on the Afghan Prosecutor's Office, in which five employees were killed.

For his part, US Envoy to Afghanistan Zalmay Khalilzad condemned the attack, expressing his regret over the increasing attacks in the country. However, the Taliban denied responsibility for the attack despite the government's accusations.

The statement from the Afghan presidency statement comes after the Afghan National Security Council disclosed the death rates linked to Taliban attacks in the country. Spokesman Javed Faisal said that the Taliban had killed at least 291 members of the security forces in just one week in mid-June, confirming that this was the most violent week since the beginning of the conflict between the two parties 19 years ago, where the movement carried out about 422 attacks in 32 states during that one week.

The Taliban denied the validity of these figures, while the Afghan government asserted that the movement does not care about the ceasefire agreement and the reduction of violence.

In the midst of this political debate between the two parties, Taliban spokesman Suhail Shaheen announced on Twitter on June 22 that a meeting took place in Doha between Taliban leaders and UN Special Representative Deborah Lyons regarding the necessary arrangements to conduct negotiations between the movement and the government. There have been many official statements from both parties regarding negotiations months after the historic agreement between the United States and the Taliban.

Meanwhile, the Afghan government announced on June 14 that it has agreed with the movement to hold the first round of talks in Qatar, which is considered a major shift towards completing the terms of the US agreement in terms of conducting negotiations.

Afghan presidency spokesman Sediq Sediqqi tweeted that the government only agreed to hold the first meeting with the Taliban in Doha as a preliminary step, adding that no agreement has been reached yet on the location of the final talks between the two parties.

The negotiations were pending the reciprocal release of prisoners, although TOLONews confirmed that the government has released more than 3,000 Taliban detainees out of 5,000.

Qatar played a major role in achieving the United States’ goals in Afghanistan. The announced step by the Afghan presidency regarding the completion of negotiations after months of successive strikes between the two parties, especially from the Taliban, took place during a special visit from Mutlaq bin Majed al-Qahtani, Special Envoy of the Qatari Foreign Minister for Counterterrorism and Mediation of Conflict Resolution, to Afghanistan, during which he met President Ghani and a number of government officials.

This visit also resulted in the release of a new batch of detainees held by the Taliban, with pledges from both parties to continue releasing prisoners in order to complete the negotiations as with Washington. TOLONews reported that Ghani made assurances that his vision for lasting peace in Afghanistan is linked to a ceasefire and a reduction in violence so that negotiations can produce results.

It is important to note that Ghani said he refuses to form a new or interim government after an agreement with the Taliban, which he confirmed was a strategic mistake previously made by former President Mohammed Najibullah, who was supported by the Soviet Union at the time, when he submitted his resignation in March 1992 to form an interim government, after which the country witnessed a resounding collapse. Ghani has said he would not allow this situation to repeat again.

It seems, however, that the talks will necessarily result in the reshaping of a new government that combines Ghani and elements of the Taliban, especially due to the latter’s strength on the ground. The president’s statements, which he also addressed to NATO, are an attempt to block this approach, as he evoked past disappointments that had led to the state slipping to political Islamist groups that had fragmented the country and placed it under the rule of foreign powers.

In a previous statement to the Reference, Ali Bakr, a researcher of terrorist movements at the Al-Ahram Center for Political and Strategic Studies, said that the Taliban seeks to take power unilaterally after the departure of the United States and will not allow the government to have more influence, while the government will work to win any authoritarian changes, although its weakness will prevent it from acquiring much.

US intentions towards political Islamist currents

It is clear that President Ghani is still defending his desire to continue ruling after his failure to use the release of detainees for political maneuvering to continue in power and enter negotiations with some gains, but US intervention and Washington’s threat to cut aid to his country precipitated his release of detainees without succeeding in obstructing or exploiting this step.

With this, Ghani and his government will enter negotiations fulfilling all the conditions set by the extremist movement with Washington when he was excluded as a political party from the equation of Afghanistan’s future, indicating that the upcoming negotiations will not be easy. In the end, it is expected that Washington’s desires will be achieved.

This result shows that the negotiations are mainly linked to Washington starting to abandon its project in Afghanistan, which points to bad prospects for the Afghan situation during the next stage. Whatever the situation, the United States, which is likely to exit the country, will profit only after setting up an ally who will secure its interests in the region, which exposes the true intentions of the American project toward terrorist groups and clearly reveals Qatar's executive role in this equation.