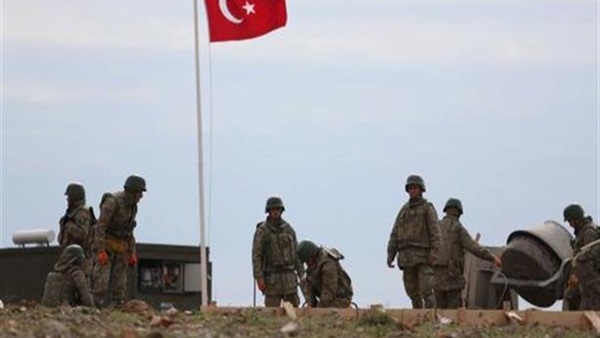 The Libyan tribes, after months of violent battles in the capital Tripoli between the Libyan National Army and the military-backed Al-Wefaq militia by Turkey with Syrian mercenaries, have been trying to take their place on the map of the local powers to confront the Turkish invasion that threatens to enter the country at a dangerous turning point, as by preparing lists From young volunteers to train and arm them to counter the Turkish invasion; This coincides with the continuation of regional and international moves to revive the political process in Libya and return to the dialogue table.

The position of the Libyan tribes is consistent with its response to the calls of President Abdel Fattah El-Sisi, President of the Arab Republic of Egypt, to fight against the Turkish colonists and their mercenaries.

In light of the Turkish incursion into the Libyan territories and the support of the Al-Wefaq militia and their terrorist mercenaries, Abdul Karim Al-Orfi, the official spokesman for the Supreme Council of Sheikhs and notables of Libya announced the preparation of tribes lists of young volunteers to train and arm them, stressing that all tribes have opened the door to volunteering, for young people who want to fight against the Turkish colonists, Greedy of the country's wealth and resources, and that each tribe prepared through its leader and council a list of young men who will be trained and armed in coordination between the Libyan army and Egypt, stressing that they will not allow the Brotherhood to plunder Libya's wealth, as they will stand in the face of Erdogan's ambitions and dreams on their lands.

The spokesperson for the Supreme Council of Sheikhs and notables of Libya revealed the presence of leadership in each tribe specializing in setting up defense plans for the land and mechanisms for coordination and military plans, and areas that the tribe will protect and secure, stressing that all tribes announced their willingness to fight, train and arm, in order to confront the militia Al-Wifaq and its supporters.

This comes in light of Erdogan's insistence on breaching international obligations by sending more mercenaries and terrorists to support his allies in Tripoli, and in the hope of further fueling the conflict to ensure the continued chaos through which the Turkish regime seeks to further plunder the riches of the oil-rich country; This is despite international calls for respecting the arms embargo to Libya and non-interference in the country's internal affairs, and for returning to the dialogue table again to resolve the internal crisis.

Libyan tribes, recently after President Sisi announced his country's readiness to support the Libyan tribes in their response to external interference, sought to take their place on the map of the Libyan local powers, as these tribes began, according to Al-Senussi Al-Haleeq, deputy head of the Supreme Council of Sheikhs and notables of Libya to engage with Some civil components and parliament are in sessions and discussions to choose the new presidential council from its president and two deputies in order to end the ongoing state of fighting, and start the other steps included in the Egyptian initiative, which he said pushes towards dialogue and stability.

These tribal movements indicate that the Libyan tribes will have a major role in the coming days in resolving the Libyan crisis, and will play a decisive role in shaping the features of the next stage by engaging in preparing for a political vision for the post-Fayez al-Sarraj government that has become clear that it has mortgaged itself and surrendered its shaky authority to Turkey. .

President Abdel Fattah Al-Sisi announced, on Saturday 20 June 2020, that his country was ready to support the Libyan tribes in their response to external interference, and said that Libya would defend it only by its people, noting that Egypt was ready to train, equip and equip the tribal youth in Libya, a position that was greatly welcomed by Libyan popular activities, foremost of which are the tribes that represent the overwhelming majority of the Libyan people, as Sheikh Saleh Al-Fandi, head of the Senate Sheikhs and notables, confirmed that President Sisi’s statements raised the morale and heads of Libyans, especially since Libya and Egypt are one entity, and their security is one.