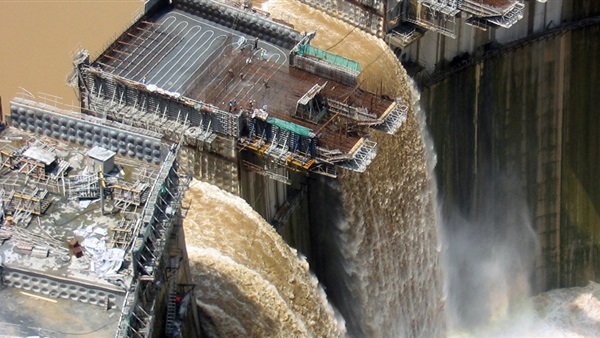 Egyptian lawmaker and Director of the Center for Middle East Studies in Paris (CEMO), Abdel Rahim Ali, praised today the efforts made by France, the current head of the United Nations Security Council, on the row between Egypt, Sudan and Ethiopia on the latter's Nile dam.

France's exemplary management of the Security Council, Ali said, demonstrates its keenness on settling the dispute over the dam in a way that serves the best interests of the three countries.

He added in a statement that France's position on the whole issue is testament to strong relations between Paris and Cairo.

Ali also praised French support to the Libyan National Army in the face of foreign interference in Libyan affairs and the militias that want to steal the resources of the Libyan people.

France's envoy to the Security Council called on Monday for finding a settlement to the row over the Ethiopian Nile dam that supports the welfare of all Nile basin states.

The French envoy also called for respecting the 2015 Declaration of Principles between Egypt, Ethiopia and France.

The row over the Nile dam, he said, has to be resolved in a cordial manner between the three countries.

The French envoy noted that resolving the conflict in this manner would open the door for development in the African continent.