Sayyid Qutb’s ideas and their impact on contemporary terrorist movements 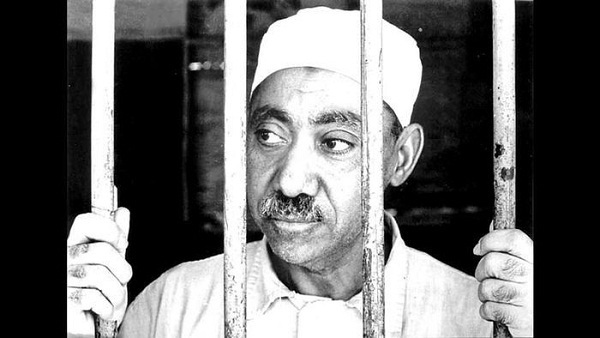 Sayyid Qutb is considered the founder of the discourse of violence and blood in the modern era. He established a current within the Brotherhood more violent than the mother group. This stream was later called the Qutbis or Tanzim 65 (Organization 65). Regarding the impact of Qutb’s ideas on contemporary terrorist movements, Mustafa Zahran, an Egyptian researcher specializing in Islamist movements, believes that the wide spread of Qutb’s intellectual propositions continues to be a major problem for the contemporary Islamic situation.

Qutb has been widely criticized as being responsible for the transformations in the Islamist experiment in the last decades of the twentieth century, especially after jihadist groups sought to extract Qutb’s ideas from the theoretical realm to a practical reality, manifesting first in its formative phases with al-Qaeda and ending with the current radical version as represented by ISIS, with the accompanying transition from jihadist groups to claiming statehood.

In his investigative book "References of the Terrorist Mind: Sources and Ideas", Zahran looks at some of the theoretical sources on which salafists, extremist jihadists and terrorist organizations base the supposed legitimacy of their violence against society and the state. The book follows the historical path of jihadist ideologies as they mature at the level of theory, formation and influence, given that the general understanding that attempts to explain the phenomenon of “Islamic violence” must evoke the traditional and modern ideological symbols and frameworks to define the theoretical templates that the salafi jihadist discourse promotes.

Zahran examines this problem, the size of the intellectual intersection that has emerged during the transformations of the jihadist current, and its stability from the local to the regional framework, especially as it became globalized. He then goes on to show the size of interaction and the degrees of influence and impact. The work concludes by presenting the most important intellectual and practical stations for the course of that interaction and what various jihadist leaders have stated, on the extent of the relationships and degree of harmony shown by these currents and employing Qutb’s ideas in the framework of the “jihadist project”, allowing them to legitimize their tools to confront the world around them, especially the West and the United States.

The controversial terminology like jahiliyya (ignorance) and the call for governance and separating between the people of truth and falsehood, which were espoused in Qutb’s books and articles, found their place and misfortune among the jihadists, serving as compelling evidence for some of the connection between Qutb and those currents, which reinforced the radicalization of their mechanisms to counter their opponents and subject them to permanent condemnation and accusation, which the book seeks to diagnose under the microscope.

Zahran reaches the conclusion that Qutb moved from the far left to the far right on a journey of ever stricter ideas, especially since different contexts and successive circumstances contributed to the progression of his theories, which led some to later take his written ideas and theories and make them a practical reality employed by extremists. This is a problem that still needs solutions to this day, ever since Qutb’s death.

The articulated dimension of Qutb’s ideas lied in modifying, qualifying and ripening the ideas of Abu al-Ala al-Mawdudi, as he contributed to molding ideas that were not his in a deeper and more extended way. Qutb went from a naughty student of Mawdudi’s to becoming the “godfather” to those who came after him and transformed these ideas into a reality on the ground.