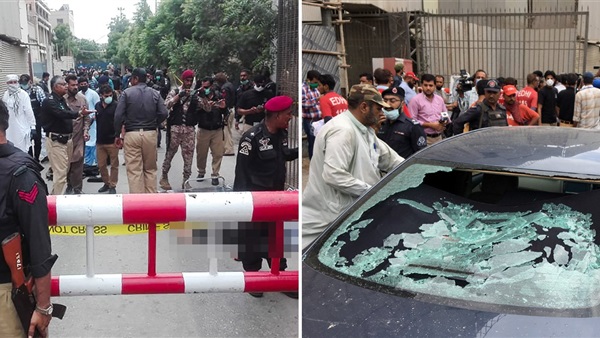 At least six people were killed when several gunmen attacked the Pakistan Stock Exchange building in the city of Karachi on Monday, with a policeman among the dead after the assailants opened fire and hurled a grenade at the trading floor, police said.

Four security guards, a police officer and a bystander were killed in the melee, while local police chief Ghulam Nabi Memon confirmed that all four attackers were also dead.

"Police have recovered modern automatic weapons and explosive materials from the terrorists," Karachi police said in a statement.

The assault was claimed by ethnic Baloch separatists who have hit a string of high-profile targets across the country in recent years, including in the southern port city.

Security forces had secured the area with at least two gunmen laying in a pool of blood near the scene of the attack.

The Pakistan Stock Exchange did not suspend trading during the attack, its managing director, Furrukh Khan, said.

Monday's attack comes a week after a grenade was thrown at a line of people waiting outside a government welfare office in the city, killing one and injuring eight others, according to a statement from municipal authorities.