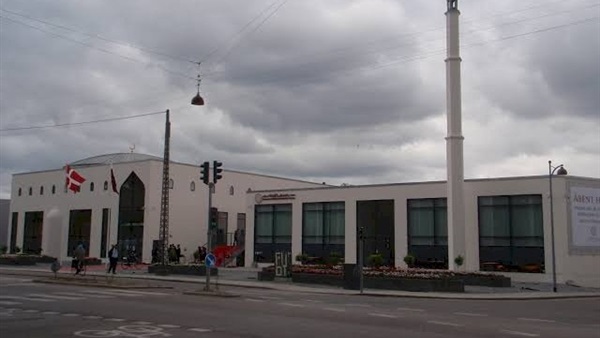 According to Berlingske, the Islamic Gulf state of Qatar has taken control of the "Hamad Bin Khalifa Civilization Center" mosque in Rovsingade, which has received nearly a quarter of a billion in donations from Qatar.

The rocky desert state of Qatar has now been firmly in power at the Copenhagen Grand Mosque Hamad Bin Khalifa Civilization Center in Rovsinggade in Nørrebro.

Berlingske can reveal today that the board of directors of the fund behind the mosque has been replaced, so that five people from Qatar now have an absolute majority. One of the new board members is Shaheen al-Ghanim, who has been director of the Ministry of Awqaf and Islamic Aaffairs, which according to Berlingske is a kind of ministry of religion in Qatar.

The Great Mosque in Rovsinggade has already had a close connection to Qatar. Organizations affiliated with Qatar have donated at least DKK 227 million to the Copenhagen Store Fund, which operates the mosque in Rovssinggade.

When the information about the major donations came to light in February, there was a stir in Christiansborg. Not least, two of the then three board members affiliated with Qatar were resident in the desert state.

“If you sit on the board of a mosque in Denmark but live in Qatar, it is clear what interests you are trying to protect. And it is not Denmark '.

She added, "that the hairs rise on her arms" when she hears about Qatar's donation to the Grand Mosque.

When it emerged shortly afterwards that the Qatar-based money tank Qatar Charity, which is affiliated with the Muslim Brotherhood, had donated money to a free school in Aarhus, DF Education and Municipal Mayor Jens Henrik Thulesen Dahl asked questions about the case for foreigners and integration minister Mattias Tesfaye (S). Among other things, the Minister replied:

“The government considers it very serious if forces with a medieval view of democracy, freedom and equality through economic donations try to gain influence in Denmark. Influence that can help to undermine democracy and fundamental freedoms and human rights ”.

At the same time, the government announced that it will propose a bill banning the receipt of donations "from certain natural and legal persons".

Berlingske can reveal today that Qatar's new, enhanced influence in the mosque in Rovsinggade is the culmination of a power struggle on the board of the Copenhagen Large Fund. Three board members have been critical of Chairman Hamdi, but the critical board members are now out of the board.

Religion scientist Lene Kühle says to Berlingske that the boardroom mess is not necessarily about religion. Rather, it is a question that the Qatari people want to secure their investment, she believes. However, the fact is that the "Hamad Bin Khalifa Civilization Center" has also been disputed for religious reasons. For example, Imam Abu Bilal, convicted of calling for the killing of Jews, has preached several times in the mosque. When that information came out in February, representatives of the Grand Mosque said that Abu Bilal was not considered extreme.