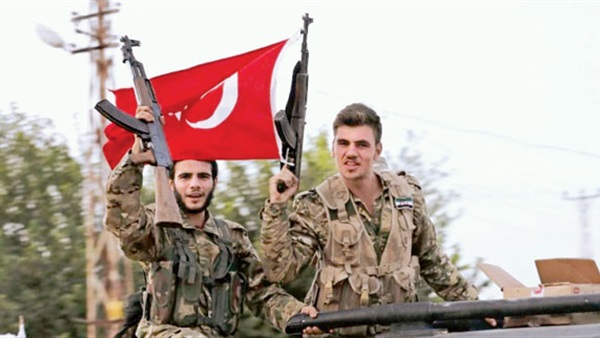 The Turkish defense company SADAT provides consulting services and military training systems for extensive training of militias and mercenaries, as it possesses a wide archive of educational documents that include training plans, programs, lecture notes, and specialized trainers retired from the Turkish armed forces.

Training is carried out in the main subjects so that the capabilities are developed by the conclusion of the courses by performing the appropriate service for the discipline of the regular army, giving basic military instructions to each individual, maintaining and using basic weapons skillfully in the battlefield, using weapons effectively through shooting and sniper tactics, implementing basic survival tactics in the battle zone, and choosing and applying the most appropriate operation in the event of confrontation with the enemy.

This is for ordinary mercenaries. As for the special units, they are trained over 21 weeks in fitness, first aid, close combat, small boats, motors, mountain climbing, intelligence, escape and survival, shooting, amphibious tactics, small unit tactics, and basic demolition.

By the end of the courses, the mercenaries acquire capabilities and skills that make them experts in their fields, having learned methods of close combat and self-defense, the ability to hit targets using existing weapons, the ability to navigate easily on all lands and seas, how to use and make maps, knowledge of marine vehicles and amphibious operations methods, and the ability to work as an advanced force during landings.

SADAT’s training camps are spread in the cities of Batman, Urfa, Van and Hatay, but the most important camp is in the Diyarbakir forest, which includes three warehouses.

These camps were used to train elements of ISIS and Hezbollah, in addition to a number of other militant groups, in methods of fighting and guerilla warfare to spread havoc in Syria. SADAT also had a role in training elements of the Fajr Libya (Libya Dawn) militia, which is part the GNA militias in Tripoli.