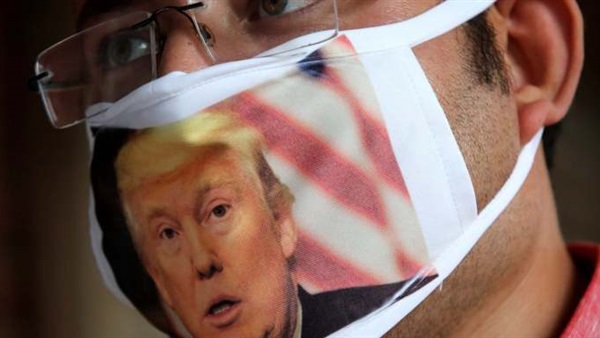 The Metropolitan police force is under pressure to refer itself to the Independent Office for Police Conduct after footage emerged of a black man being kneed in the face while handcuffed during a stop and search by two officers in Hackney, east London.

It comes after the Met referred itself to the police watchdog for a separate incident, where another black man was pepper-sprayed in nearby Greenwich at close range while in cuffs on the ground during lockdown, footage also released to the Guardian showed.

Video footage of the 18-year-old in Hackney shows him shouting “I’m not resisting” and “I didn’t do anything” before receiving a forceful knee to the head.

A member of the public filmed the incident as police apprehended the man, who had been cycling with two others, after a pursuit by officers.

The Met said the video did not provide the full context of the entire interaction with plainclothes officers. The incident took place on 22 April at around 9pm on the corner of Mulberry Road and Middleton Road in Hackney, near to where another black man, Rashan Charles died in 2017 after being chased and restrained by an officer.

Referring to the footage of the man being kneed in the face, the Met said officers had been on “proactive patrols” in response to gang tensions and recent violence, and that three men had ignored repeated requests to stop.

“An 18-year-old man was stopped for the purposes of a weapons search,” a spokesperson said. “He was handcuffed and placed to the floor in an attempt to mitigate any potential issues should a weapon be present. Following the completion of the search, no weapon was found and the man was allowed to go. He was not arrested.”

The Met’s professional standards branch is assessing whether to investigate the incident after a formal complaint by a member of the public.

The witness said: “Hardly anyone was on the streets due to the lockdown and all of a sudden an unmarked police car pulls up, grabs the kid off his BMX and as I left another car pulls up as an officer said, ‘We’ve got one’. It looked violent and aggressive. It felt wrong; I would have expected it was in response to a serious crime.”

The Met has referred the other incident, which took place in Greenwich, south London, on 22 May at 10pm, to the IOPC. In it Jade Xavier, 35, was pinned down by three officers and pepper-sprayed.

“I felt injustice and a threat to my life. The way I was treated was despicable,” he told the Guardian. “I wasn’t doing anything wrong and had nothing to hide. My mobile phone was in the car and I wanted to retrieve it to record my brother being detained.”

He said his brother, who was not named, had been arrested then later released, and that officers reacted to his presence by seeking to search him, leading to the incident filmed by his son.

“I told them ‘I can’t breathe’ and ‘please don’t kill me’. I was on the floor with loads of pressure on me. I was saying sorry – I don’t know what for – and asking them to stop,” he said. “I was doing what they were asking me to do. They had first kneed me when I was standing up, then they were punching me while I was on the floor.

“Then I turned my face to the left, as my neck was hurting and I couldn’t get no air, and I was maced. I’ve never felt pain like that in my life.”

Police said Xavier, a father of six, was acting suspiciously near a vehicle and had become hostile when officers attempted to detain him for a search under the Misuse of Drugs Act, which he had tried to resist.

The force said Pava spray was deployed after he continued to struggle with officers. He was arrested on suspicion of obstructing a police officer and searched but later released with no further action.

The Met said it could not release further information after the incident had been referred to the IOPC, as it could form part of its investigation.

Ch Supt, Rob Atkin, of the Met police, said: “Video of an arrest where force is used will naturally provoke commentary and conversations within the local community. All police officers are fully aware that they will be asked to account for their actions.

“Each stop and search is dealt with on its own merits at the discretion of the individual officers involved, taking into account various aspects, including behaviour and compliance of the individual concerned. Officers have to make these judgment calls regularly on a daily basis, often in difficult circumstances.”

Katrina Ffrench, the chief executive of StopWatch, a coalition that promotes fair and accountable policing, said: “It is precisely incidents like this which cause communities to distrust the police.” She called on the Met to refer the most recent incident to the IOPC.

Black people in England and Wales are more than nine times more likely to be stopped and searched by the police than white people, according to statistics between April 2018 and March 2019.