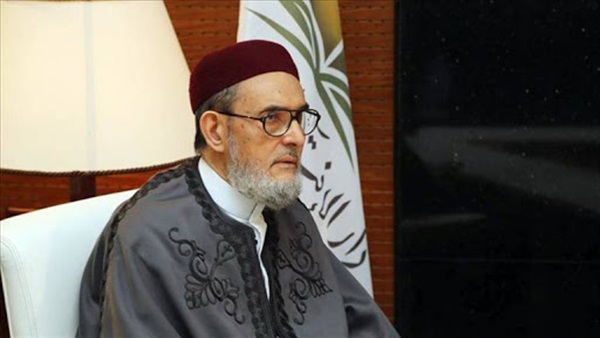 The ISIS methods that have emerged in Iraq and Syria, including planting mines, suicide operations and remote explosions, have become the most prominent methods used in Libya following the entry of Turkish President Recep Tayyip Erdogan's mercenaries from pro-Ankara factions to Tripoli to stand alongside the terrorist Government of National Accord (GNA) militias against the Libyan National Army (LNA). However, unlike Syria and Iraq, this strategy has become useless, as the main reason for resorting to this strategy in Libya were the fatwas issued by Brotherhood mufti Sadiq Ghariani from his residence in Istanbul to incite against the LNA and send more fighters following ISIS’s methods in Libya.

Erdogan's mercenaries from pro-Ankara factions sought to plant mines, use remote explosions and carry out suicide operations in the way ISIS used to in order to achieve the goals that the GNA was unable to achieve in the field during its battles with the LNA. Fayez al-Sarraj’s GNA militias planted many mines in the capital Tripoli, which the LNA confirmed had previously been used by the militias in Benghazi and Derna.

The GNA militias, along with Ankara’s mercenaries, relied on the use of the ISIS strategy in planting mines and resorting to suicide operations in a number of Libyan cities that support the LNA, especially the cities of Benghazi and Derna, after its losses in the field. But the LNA was able to achieve victory in both cities after protracted battles.

The planting of mines and explosives came at the instigation of terrorist mufti Ghariani residing in Turkey due to the increasing losses to the terrorist militias and mercenaries. On Friday, May 29, the LNA was able to carry out an ambush against them, and dozens of militants and mercenaries were killed, 17 others arrested, and six Turkish armored vehicles were confiscated, according to statements from the LNA.

This comes at a time when the United Nations Mission in Libya expressed grave concern following the bombing that targeted residents of the Ain Zara and Salah al-Din districts in Tripoli, pointing out that this bombing was a deliberate attack against innocent civilians and represents a hideous transition in the conflict. The UN stressed that these actions do not serve any military objective, arouse severe fear among the population, and violate the rights of innocent civilians who must be protected under international humanitarian law.

Libyan terrorist mufti Ghariani launched many inflammatory fatwas and takfirist messages from his residence in Istanbul in which he called for adopting the ISIS strategy of suicide operations for fear of being captured. His last provocative call was against the city of Bani Walid due to its position on the ongoing war in Tripoli and its support for the LNA against the GNA, where Ghariani described the people of the city as "clients" and said that "those who control it are agents of foreign countries."