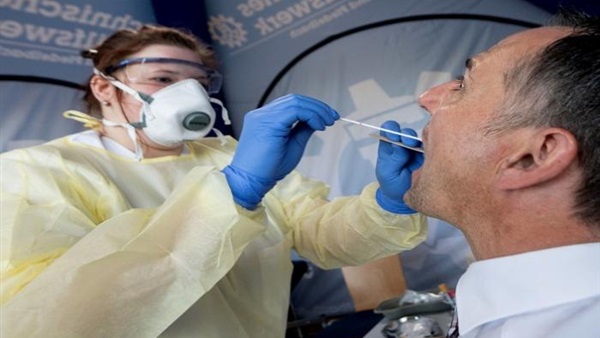 Reducing physical distancing advice from 2 metres to 1 metre could double the risk of coronavirus infection, according to the most comprehensive study to date.

The research, part-funded by the World Health Organization (WHO) and published in the Lancet, will add to the debate in the UK about whether the 2-metre rule should be reduced.

Last week, Boris Johnson said he hoped to “be able to reduce that [2-metre] distance”, to make it easier to travel on public transport and boost the hospitality industry. This would allow extra people inside workplaces, restaurants, pubs and shops, and reduce the length of queues. The prime minister has instructed the Scientific Advisory Group for Emergencies (Sage) to look into the possibility.

The UK guidance is out of line with advice in most other countries and with recommendations from the WHO, which says people should stay 1 metre apart. This is followed by France, while countries such as Germany and Australia have a 1.5-metre rule.

The Lancet’s meta-analysis of observational studies across Covid-19 but also – predominately – Sars and Mers, highlights the potential consequences of a change.

It found that keeping a distance of more than 1 metre from other people reduced the risk of infection to 3%, compared with 13% if standing within a metre. However, the modelling also suggested that for every extra metre further away up to 3 metres, the risk of infection or transmission may halve.

Linda Bauld, professor of public health at the University of Edinburgh, who was not involved in the research, said: “The most useful finding is that physical distancing matters. There have been plenty of complaints that the guidance in the UK on 2 metres distance is excessive because it is more than in other countries. But this review supports it.

“Maintaining this distance is likely to reduce risk compared to 1 metre. Thus, where possible, this is the distance that retailers and employers should use as more premises and workplaces reopen in the future. This is going to be very difficult in some settings but is important and we’ll all need to get used to maintaining this distance for some months to come.”

The researchers also wade into the debate about face masks. Based on evidence from 10 studies involving 2,647 participants, they found that the risk of infection or transmission when wearing a mask was 3% compared with 17% when not wearing a mask, although they said the level of certainty was “low”. Similar benefits were found, also with low certainty, concerning wearing of protective eye coverings such as face shields, goggles and glasses.

Respirator-type masks were found to offer more protection from viral transmission to healthcare workers than surgical masks. The authors also found that multi-layer masks were more effective than single-layer ones, which may help guide people making their own face coverings at home.

Business leaders have warned that if the 2 metre distance is not reduced it could make their companies unsustainable, despite the relaxation of lockdown. Greg Clark, the chairman of the Commons science and technology select committee, told the Telegraph he had written to Johnson urging him to urgently review whether it was possible to reduce the distance to 1.5 metres.

Last month, Yvonne Doyle, the medical director of Public Health England (PHE), told the committee PHE was looking at “whether 2 metres is actually necessary or could it be reduced further”.

The distance is based on the belief that when people cough and sneeze large respiratory droplets, believed to be the main means of transmission of Covid-19 along with contact, they will travel no more than 2 metres before falling to the ground. However, some believe this to be an underestimate. Additionally, debate remains about whether smaller aerosols can cause transmission.

Prof Holger Schünemann from McMaster University in Canada, who co-led the research, told the Guardian: “We have a suggestion here that 2 metres might be more effective than 1 metre distance. And what that would mean is if one were to implement a policy, and particularly if 2 metres were already in place, 2 metres may be the right policy to undertake.”

UK: Physical distance requirement of 2 metres; guidance says a face covering should be worn in “enclosed spaces” where physical distancing may be difficult, such as on public transport or in some shops.

Germany: Physical distance requirement of 1.5 metres; face masks compulsory on public transport and shops (although some variation by state).

France: Physical distance requirement of 1 metre; face masks compulsory on public transport and in secondary schools, and shops can require customers to wear them.

Sweden: People advised to keep at a non-specified distance from each other. Face masks are not prescribed, with the Swedish health ministry stipulating that they are “not needed in everyday life”.