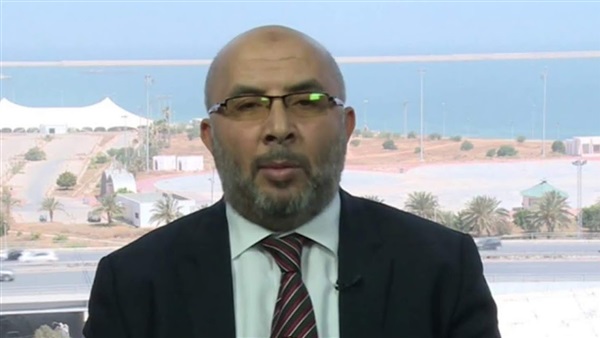 One of the most prominent leaders of "Fighting Group in Libya" loyal to al-Qaeda terrorist organization, "Khaled al-Sharif," nicknamed” Abu Hazim al-Libi" is the arm of Turkish President Recep Tayyip Erdogan to support the Al-Wefaq militia against the Libyan National Army.

He came to Libya, accompanied by a number of terrorist elements, at the instigation of Turkey, to form a parallel security apparatus in Libya, by forming trained and armed groups to revive the so-called “National Guard”, away from the security and military institutions; This came after Field Marshal Khalifa Haftar, commander of the Libyan National Army, announced the dropping of the Skhirat Agreement and acceptance of the people's mandate to manage the country's affairs during the next stage.

The relationship of "Abu Hazim al-Libi" with terrorism was represented when he participated in the Afghan war.

He was the link between Al Qaeda and the terrorist elements in Libya, as he joined the Libyan Fighting Group linked to Al Qaeda, and became a prominent leader in it.

He held several positions, as he was the head of the armed wing of the group, and then he became deputy to its prince, at a time when the so-called "Abd al-Hakim Belhadj" known as "Abu Abdullah al-Sadiq" was a prince after the arrest of "Abdul-Wahab Qaid  Where Abu Hazim al-Libi remained in office until he was arrested, and placed in Libyan prisons.

Abu Hazim al-Libi escaped from prison following the events of 2011, specifically August 25 of the same year.

He supervised the al-Qaeda elements in enabling the Libyan state’s security and military joints, and the intelligence archive, which facilitated the assassination operations in a number of Libyan cities while he was assuming the Libyan Ministry of Defense.

He was accused for years of direct supervision of the transfer of arms and financial support to terrorist groups, via Turkey to Syria and Iraq, during his tenure as Under-Secretary of the Libyan Ministry of Defense, following the events of 2011.

Then he was dismissed from his post in 2014, after he was accused of supplying terrorist militias in the capital, Tripoli.

His direct support to the Ansar al-Sharia group in Benghazi and al-Qaeda in Darnah, and to return to his previous activity and openly, to transform within a year of his dismissal to the most prominent leader in the armed terrorist militias fighting against the Libyan National Army, after the launch of Operation Karama to liberate the capital Tripoli from the Al-Wifaq militia in 2014 And joined the ranks of the Benghazi Revolutionary Terrorist Shura Council.