Walid Badr: A sacked army officer and a failed terrorist 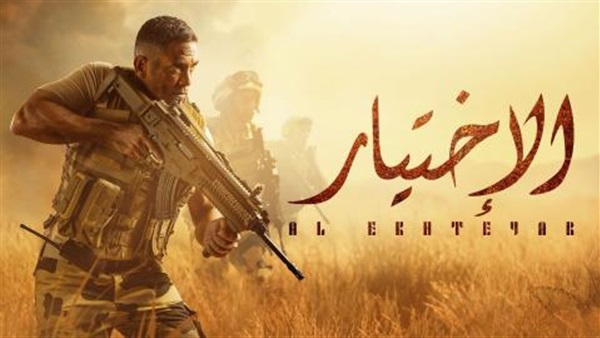 Sacked Egyptian army officer, Walid Badr, preferred to join the radicals who operated to implement a plan by some regional and international powers to destabilize Egypt.

The TV drama, Choice, which was aired during the Islamic month of Ramadan, threw some light on Badr.

He was brainwashed by terrorist groups and turned into a paid killer.

Badr came to the center of national attention when he appeared in a video following a failed attempt on the life of former minister of the interior Mohamed Ibrahim in September 2015.

He appeared in the video wearing a military uniform and addressed Islamists, especially the Muslim Brotherhood and the Salafists, accusing them of deviating from what he described as the "correct Islamic path."

He said democracy was a sacrilege and said all democratic tools, including elections, aimed at keeping people away from total submission to God.

Nonetheless, clear in the video was the hostility Badr harbored to the army and police.

This man joined the Military College in 1991. In 2005, the army command sacked him against the background of his radical ideas. He then travelled to Afghanistan to join al-Qaeda.

Badr then moved to Iraq; Iran; Syria, and then Egypt where he joined Ansar Beit al-Maqdis.

He masterminded the attempt on the life of the former interior minister and tried to carry it out by wearing an explosive belt and blowing himself up. However, the attempt proved a failure, even as it caused the death of a civilian and the dilapidation of the leg of a child who happened to be passing by the site of the attack.

Badr followed the motorcade of the former interior minister for three weeks before he carried out the suicide attack.

The car he used in the attack was stolen from a Christian citizen a short time earlier by force of arms.

The attempt on the life of the interior minister failed because Badr detonated the belt seconds ahead of the arrival of the minister's motorcade.