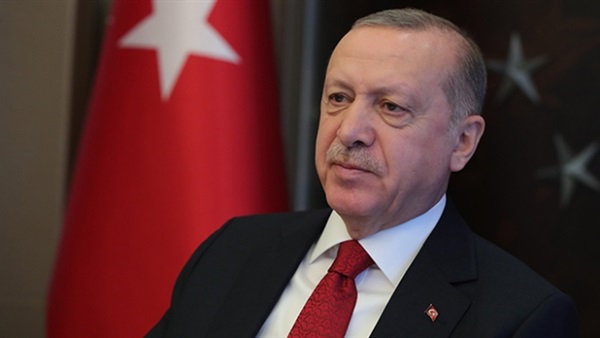 During the reign of the ruling Justice and Development Party (AKP) headed by President Recep Tayyip Erdogan, Turkey has witnessed colonial expansionist dreams, engagement in guerrilla wars abroad, internal administrative and economic corruption, and other factors that have caused the country to groan under the weight of a severe economic crisis, which has prompted the Turkish dictator to search for oil anywhere, whatever the price, in order to make up for his losses.

In December 2019, Turkish Minister of Trade Ruhsar Pekcan laid out the features of the Turkish plan in dealing with Africa, saying that Ankara must play a proactive role in Africa, which is a target market for Turkey, as the continent’s countries possess enormous potential. She added that the year 2020 should be the year of Africa for the Turkish state.

Africa has always been famous for its fertility, not only at the level of agricultural land, but also in minerals, petroleum and various other resources, which had led the European countries to colonize the continent in order to obtain these goods, until the national liberation campaigns started.

In the twentieth century, Erdogan brought back the form of colonial power again, aimed at controlling the continent’s gas and oil in order to obtain the necessary funds to enable him to quickly improve his country's economy and preserve his regime.

The Turkish government planned to explore for gas and oil in Somalia, Ethiopia and Kenya. The first step came when Erdogan signed a memorandum of understanding with Kenya during his official visit in late 2019, which was approved by the Turkish Foreign Affairs Committee in parliament in January 2020.

Turkey also signed similar agreements in 2019 with Somalia and Ethiopia, laying the necessary legal foundations for intervention in East Africa.

The Swedish website Nordic Monitor published the details of the memorandum of understanding that was signed between Turkey and Kenya in 2019, the first article of which indicates that cooperation between the two parties in the field of energy and hydrocarbons will be strengthened on the basis of mutual understanding.

According to Article III of the agreement, each country must provide the expertise that each party has to implement these joint projects and promote the discovery and exploitation of oil and gas, in addition to the possibility of the Turkish state storing, marketing, transporting and distributing oil derivatives, as well as building and maintaining infrastructure for oil, gas and technology. The agreement also enables the Turkish state to build, manage and transfer electricity from these countries.

It is clear that the agreement granted Turkey exclusive rights and unparalleled privileges, and therefore it can be said that it has made it a country within the state, able to manage and operate the goods of African countries and obtain funds for that.

It must be noted that oil is not Erdogan’s only goal for being in East Africa, but he also wants to take advantage of its distinguished geographical location, which gives it a distinct political, logistical and military position at the entrance to the Red Sea, which would enable him to take control of the region and make him able to threaten navigation in the Red Sea.