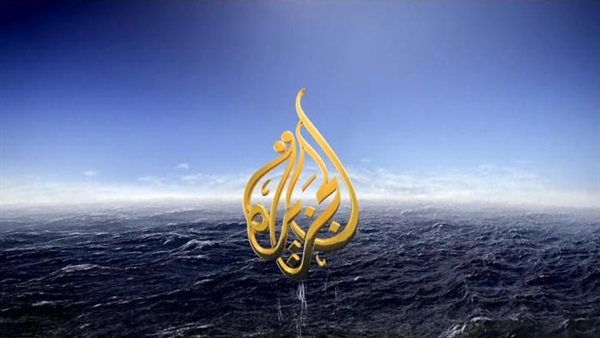 Qatar has declared its support for terrorism and militias through its media arm, Al-Jazeera. In order to achieve this goal, Al-Jazeera has dedicated a program called "Symbols" to glorify some public terrorist figures responsible for causing the destruction of Arab countries such as Syria and Iraq. "Symbols" presents daily half-hour stories about the lives of “mujahideen” in a cartoon format.

The first episode of "Symbols" spoke about terrorist Quds Force commander Qassem Soleimani, who was killed in a US strike near Baghdad Airport on January 3. Al-Jazeera described him as a martyr and mujahid for the sake of God, saying that he was a soldier who devoted his life to serving Islam, even though he was classified as an international terrorist.

It is worth noting that the Doha regime sent Foreign Minister Mohammed bin Abdul Rahman Al Thani to Tehran the day after Soleimani was killed, before Qatari Emir Tamim bin Hamad followed him with a support visit to Tehran a week later, during which he met Iranian Supreme Leader Ali Khamenei and President Hassan Rouhani.

This episode provoked negative feelings throughout the Arab world, and social media users emphasized that Al-Jazeera is clearly insulting the Arabs and the defenseless victims in Syria and Iraq who were killed by Soleimani and his terrorist militia.

Syrian activist Muhammad Sabra said, "Al-Jazeera is a podcast that has been transformed into a war media branch of the Revolutionary Guard terrorist militia, by glorifying the terrorist criminal Qassem Soleimani who fought children in Syria and Iraq."

Saudi political analyst Fahd Debaji stressed on Twitter that Al-Jazeera is achieving malicious and terrorist goals and projects. Kuwaiti academic Ahmed al-Dhaidi called for Al-Jazeera to "apologize to its viewers for this professional moral failure," asking, "How can a channel glorify a criminal who killed hundreds of thousands of Muslims in Syria, Iraq, and Yemen?"

After broadcasting the first episode of the program, Iran’s Fars news agency celebrated Al-Jazeera for describing Soleimani as a martyr.

Soleimani was the Iranian regime’s external arm to spread chaos and sabotage in the region. He was the mastermind responsible for suppressing the demonstrators in Iraq and supporting the armed militias there and in Syria, as he issued orders to carry out killings among Iraqi demonstrators during the anti-Tehran protests that started in October 2019.

In 1998, Soleimani assumed the leadership of the Quds Force, which carried out a large part of Iran's bloody policies both at home and abroad, and he had a secret budget not subject to governmental or parliamentary supervision at all, as he was only subject to Khamenei’s orders.

The Quds Force is the tool for Iranian terrorism abroad, and one of its most undeclared functions is to eradicate those it regards as enemies of Iran and to provide support and training to sectarian brigades and militias with absolute loyalty to Iran.

Soleimani also assumed responsibility for Iranian foreign policy in several countries, including Lebanon and Iraq, where many of the cadres at Iranian embassies are selected from among the officers of the Iranian Revolutionary Guard.

A year after assuming the leadership of the Quds Force, Soleimani contributed greatly to the suppression of the student movement opposing Iran and demanding reform in 1999.

With the US invasion of Iraq in 2003, Soleimani was active in interfering with, destabilizing and supporting sectarian groups that owe allegiance to his country and create militias loyal to it.

Soleimani also admitted that Tehran was the one that established the mainly Shiite Popular Mobilization Forces (PMF) in Iraq, confirming the sectarian nature of these militias and their total loyalty to Iran. Since 2012, he had participated in managing the intervention by the Revolutionary Guards, the Lebanese Hezbollah and Iraqi militias in Syria’s battles.