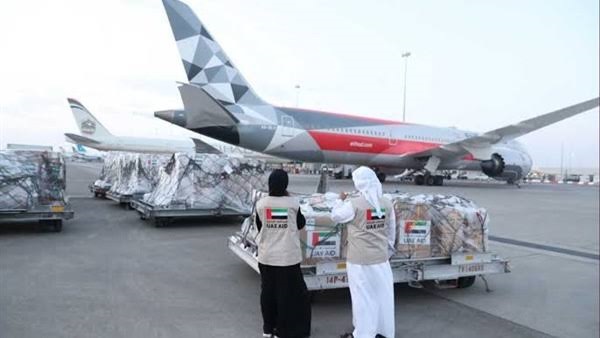 The United Arab Emirates has made strenuous efforts to help other countries better fight the coronavirus since the beginning of the pandemic.

These efforts were not restricted to UAE nationals, but included the nationals of countries hit hard by the pandemic.

The UAE has just doubled the number of initiatives aiming at helping countries face the disease and mitigate its effects on their citizens.

The UAE offered assistance to the Kurdistan region in Iraq on May 28 to help the local health service cope up with the requirements of fighting the disease.

The assistance consisted of 7 tons of medical supplies. The supplies will assist over 7,000 health service workers in the region fight the coronavirus, according to the Emirates News Agency, which is widely known as WAM.

These medical supplies arrived in the region as Iraq suffered an inevitable health crisis, against the background of a rise in the number of coronavirus infections, deteriorating conditions in the country and the failure of the national health system to cope up with the requirements of the fight against the disease.

The UAE Consul General in Kurdistan, Ahmed al-Zahiri, said his country stands by Iraq as it struggles to protect public health in these difficult times.

So far, the UAE has offered over 658 tons of medical aid to 57 countries. This aid benefited 658,000 health service workers in these countries.

It also used its civilian air fleet in assisting the World Health Organization airlift emergency aid to several countries to help the fight the disease.

This was not the first time the UAE reached its hands out to help the Kurdistan region.

Soon after the 2003 war, the UAE constructed the Sheikh Zayed hospital for the treatment of emergency cases.

The hospital has already become an administration for humanitarian support at the highest levels.

When the refugee crisis got worse in different areas in Iraq, the UAE Red Crescent distributed aid to displaced Iraqis who sought refuge in Kurdistan.

This aid came within the "Have Mercy" campaign which coincided with snowstorms in the region.

The support focused on a number of development fields and catered to the urgent needs of the Kurdish people. They also contributed to offering basic services, such as education, health, housing and electricity.

The UAE contributed to the creation of jobs and building the capacities of Kurdish citizens.

It also helped improve the conditions of the region's women and ease the return of refugees to their home cities.