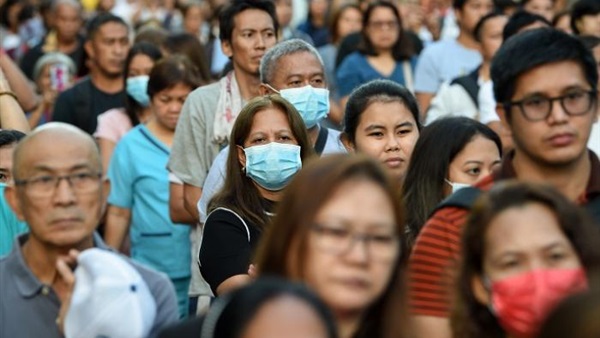 The Philippines president has announced plans to ease one of longest and toughest coronavirus lockdowns in the world despite the country seeing its biggest daily spike in cases since the pandemic began.

The Philippines reported 539 infections on Thursday, its highest daily tally, bringing its total to 15,588 cases, with 921 deaths. From Monday its capital, Manila, will allow gatherings of up to 10 people, free movement in and out of the city as long as people wear masks and keep their distance, and workplaces, shops and some public transport will reopen.

Manila is home to 12 million people and is the centre of the nation’s outbreak and efforts to battle the contagion.

“For me, this does not look bad,” said President Rodrigo Duterte in a televised address, saying the country’s mortality rate was low. He called for a move to the “new normal”. His health minister, Francisco Duque, said 90% of the country’s Covid-19 cases were “mild”.

Manila’s lockdown will this weekend surpass the 76-day quarantine of Wuhan, the city in China where the first outbreak of the coronavirus was detected. Manila’s restrictions have hit the livelihoods of millions of workers and there is pressure to ease damage to an economy that is facing its deepest contraction in 34 years.

On Friday, airline Philippines AirAsia said it would start to resume domestic flights in June. Health authorities in the Philippines have conducted nearly 290,000 tests since January, equivalent to about 0.26% of the 107 million population.

Globally, deaths stand at nearly 360,000, with 5.8 million cases. Asia is struggling to cement early success in controlling outbreaks of coronavirus.

In South Korea, 58 new cases were reported on Friday, all of them in the Seoul area, as officials scramble to stem transmissions linked to a massive e-commerce warehouse near the capital. On Thursday, South Korea reimplemented strict lockdown measures in the capital following the biggest spike of new infections in nearly two months. It had reported 79 new infections with 67 of them in Seoul.

The figures brought national totals to 11,402 infections and 269 deaths. Prime Minister Chung Sye-kyun called for officials to examine working conditions at warehouses of online shopping companies, which have seen orders surge during the epidemic, and other congested workplaces.

In India, Mumbai’s hospitals are on the verge of collapse under the pressure of Covid-19 cases, with footage emerging of patients sharing beds and oxygen tanks. “The volume and density of our population in Mumbai makes it very difficult to see how we will get out of the other side of this peak,” said Manish Shetty, a doctor on the Covid-19 ward in Guru Nanak hospital in Mumbai. “The magnitude of the cases is overwhelming us all.”

Weeks earlier, footage emerged of patients being treated next to dead bodies, lying unclaimed by families fearful of infection.

Meanwhile in Sri Lanka, some lockdown rules will be rolled out again from Sunday after more than 250 returnees from Kuwait were found to be infected with coronavirus.

In Japan, a cluster response team has been sent to the south-western city of Kitakyushu, which has seen a sudden rise in cases after three weeks with no new infections, the Mainichi reported.

It says 43 cases have emerged in the six days to Thursday, after not reporting any at all since the end of April, bringing the total for the city to 119.

How more than a dozen of the latest infections came about remains unclear.

The mayor, Kenji Kitahashi, warned of a second wave of infections and asked residents to refrain from non-essential outings. “If we leave this as it is, we will definitely be hit by a large second wave,” he said at a press conference.

There was optimism in the UK, however, where Prime Minister Boris Johnson said the country had moved beyond the peak and revealed plans to ease the lockdown from Monday, with socially distanced gatherings of up to six permitted in parks and gardens, and dentistry permitted a week later. “I cannot, and will not, throw away all the gains we have made together – and so the changes we have made are limited and cautious,” he said.

Johnson has brushed aside a revolt by more than 100 MPs over Dominic Cummings’ lockdown travel, defying calls for his adviser to be sacked. A police investigation concluded Cummings may have broken the rules but decided they would take no action against him.

The government is also facing criticism for rejecting a radical plan to protect those in care homes, the Guardian has learned. In England, Wales and Scotland, 12,597 more people died in care homes during the pandemic than the five-year average.

In the US, the economic toll of the crisis became more apparent, with the number of people who have lost their jobs rising to more than 40 millions, with a further 2.1 unemployment claims in the past week. Claims peaked at 6.6million a week in early April.

Donald Trump’s press secretary said the president would take hydroxychloroquine again if needed, after his earlier two-week regimen, saying he was “feeling perfect.” Kayleigh McEnany said: “Quote, he’s ‘feeling absolutely great’ after taking this regimen. And, quote, he ‘would take it again’ if he thought that he was exposed.”