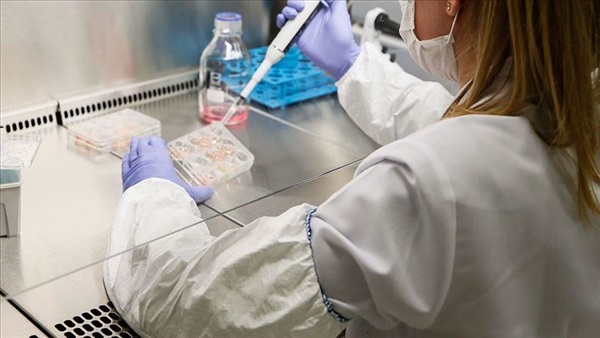 More than 120 researchers and medical professionals from around the world have written an open letter to the editor of the Lancet raising serious concerns about a large and widely publicised global study that prompted the World Health Organisation to halt several Covid-19 clinical trials.

On Thursday Guardian Australia revealed that the Australian data in the study, published last week, did not reconcile with health department records or databases.

The study found Covid-19 patients who received the malaria drug hydroxychloroquine were dying at higher rates and experiencing more heart-related complications than other virus patients. The large observational study analysed data from nearly 15,000 patients with Covid-19 who received the drug alone or in combination with antibiotics, comparing this data with 81,000 controls who did not receive the drug.

Questions about the paper’s statistical modelling were also raised by Columbia University in the US, prompting Surgisphere, the company that manages the database of patients used to inform the study, to issue a public statement defending the integrity of the study.

But now further questions have been raised about the Surgisphere database and the study methodology. The signatories to the open letter, directed to the Lancet and the study authors, include prominent sceptics of the value of using hydroxychloroquine to treat Covid-19. The letter lists 10 major concerns about the statistical analysis and data integrity of the study.

“The authors have not adhered to standard practices in the machine learning and statistics community,” the letter states. “They have not released their code or data.”

The Lancet is among the many signatories to a statement on data sharing for Covid-19 studies.

“There was no ethics review,” the letter continues. “There was no mention of the countries or hospitals that contributed to the data source and no acknowledgments to their contributions. A request to the authors for information on the contributing centres was denied. Data from Australia are not compatible with government reports. Surgisphere have since stated this was an error of classification of one hospital from Asia. This indicates the need for further error checking throughout the database.”

The letter also states that the data from Africa in the study indicates that nearly 25% of all Covid-19 cases and 40% of all deaths in the continent occurred in Surgisphere-associated hospitals which had sophisticated electronic patient data recording, and patient monitoring. “Both the numbers of cases and deaths, and the detailed data collection, seem unlikely,” the letter says.

The letter also expressed concern about unusually small reported variances in baseline variables, interventions and outcomes between continents, despite significant differences in demographics.

There is currently no strong, replicated evidence that any drug is effective for the treatment or prevention of Covid-19. This includes hydroxychloroquine, which has long been used for malaria and autoimmune diseases, but its safety and harm profile for treating those illnesses is understood. It is not well understood for Covid-19.

Governments around the world have warned against using hydroxychloroquine for treating or preventing the virus, highlighting the drug’s potentially toxic side effects and potential to cause heart abnormalities. There have been serious reports of harm due to people self-medicating with hydroxychloroquine and related drugs during the pandemic.

Researchers are not calling for clinical trials to be halted in the light of the Lancet study. There is a consensus that more strong studies are needed exploring treatments including antibiotics, antivirals and antimalarials.

“There is uniform agreement that well conducted RCTs [randomised control trials] are needed to inform policies and practices,” the signatories to the Lancet letter said.

Guardian Australia has contacted the Lancet, Surgisphere and the authors of the study for a response to the concerns outlined in the letter.

Surgisphere founder Dr Sapan Desai, also an author on the Lancet paper, said before the release of the letter he appreciated the “enthusiasm and lively discussion with respect to our important multi-national observational registry study published in the Lancet medical journal”.

“We appreciate the highly complimentary responses that we have received and the requests for data-driven partnerships as well as clarifications,” he said.

“The analyses were carefully performed, and the interpretations provided were intentionally measured. We studied a very specific group of hospitalised patients with Covid-19 and have clearly stated that the results of our analyses should not be over-interpreted to those that have yet to develop such disease or those that have not been hospitalised. We also clearly outlined the limitations of an observational study that cannot fully control for unobservable confounding measures and concluded that off label use of the drug regimens outside of the context of a clinical trial should not be recommended.”