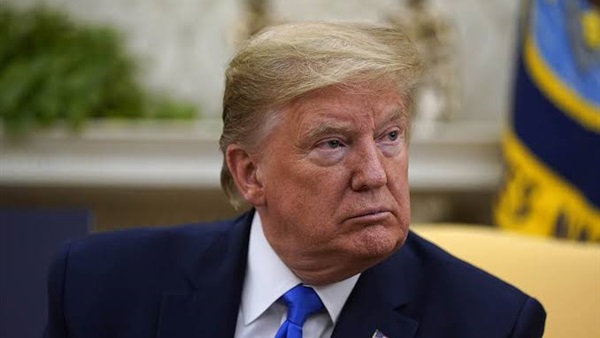 The Pulitzer-winning cartoonist Nick Anderson has described Donald Trump as an “adolescent wannabe authoritarian”, after the US president’s re-election campaign failed to pull one of Anderson’s cartoons mocking Trump’s inaccurate suggestion that injecting disinfectant could protect against Covid-19.

Anderson put his cartoon The Trump Cult up for sale on the online retailer Redbubble this month. The illustration shows Trump with supporters in Maga hats, serving them a drink that has been labeled “Kool-Aid”, then “Chloroquine” and finally “Clorox”, a US bleach brand. The cartoon is a reference to the 1978 Jonestown massacre, where more than 900 people died after drinking cyanide-laced punch at the order of cult leader Jim Jones, and to Trump’s widely denounced idea of injecting bleach to protect against coronavirus. Trump has also been taking the anti-malaria drug hydroxychloroquine as a protection against Covid-19, despite a study showing it has been linked to increased deaths in patients.

But Redbubble pulled Anderson’s illustration from sale following a trademark infringement claim made by Trump’s campaign organisation, Donald J Trump for President Inc. Writing on the Daily Kos, Anderson said that he believed the claim was made due to his depiction of Maga hats, and described the situation as “absurd”.

“We live in a strange time when the #POTUS can falsely accuse someone of murder with impunity (violating @Twitter’s terms of service), while at the same time bully a private business into removing content it doesn’t like,” Anderson added on Twitter.

The Comic Book Legal Defense Fund (CBLDF) and other free speech organisations subsequently got involved, sending a group letter to Redbubble that accused Trump’s campaign of having “misused Redbubble’s reporting mechanism to suppress protected political expression in the form of parody, critique, and satire”, and arguing that the work and those who publish it are protected by the first amendment.

Redbubble reinstated Anderson’s cartoon this week, saying that it strives “to respect IP rights and freedom of speech, but we sometimes make mistakes, as we did here … We’re sorry for any inconvenience this has caused.”

In a statement, Anderson praised Redbubble for recognising the error, but said there were some “troubling issues” raised by the affair, including that the cartoon was removed less than 24 hours after he posted it, before he had received a single order.

“I doubt anyone had even seen it yet on the site,” he said. “This reveals that the Trump campaign has a system in place, trawling for material they find objectionable. If it happened to me so quickly, it likely has happened to others. How much other content has been removed this way on Redbubble and other sites?”

He added: “It must be pointed out: the president of the United States is a hypocrite who complains about the ‘violation’ of his free speech on Twitter, then tries to actively suppress the free speech of others. These are actions of an adolescent wannabe-authoritarian.”

Trump criticised Twitter this week for “completely stifling FREE SPEECH”, after the social media platform put a warning label on two of his tweets spreading lies about mail-in voting.

CBLDF executive director Charles Brownstein said the organisation was “sensitive to the issues companies like Redbubble face in balancing competing rights owner issues, and were alarmed to see the president’s re-election campaign exploiting those issues to suppress protected speech”.

“We’re pleased that Redbubble has done the right thing in this case,” he said. “We hope that they will continue to assert the First Amendment rights they and their sellers are guaranteed by rejecting any similar censorship attempts.”