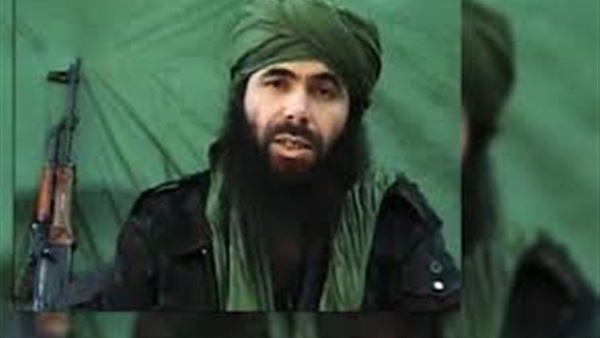 The Abu Musab character embodied by actor Ehab Fahmy in the Egyptian series “El-Ekhteyar” (The Choice) exposed Turkish President Recep Tayyip Erdogan’s cooperation with terrorist organizations, led by al-Qaeda and ISIS, and their logistical support by opening his country’s border crossings to facilitate the entry terrorists into Syria, in addition to exposing late ISIS leader Abu Bakr al-Baghdadi’s attempts to co-opt the leader of al-Qaeda in the Islamic Maghreb for the sake of breaking his pledge to al-Qaeda leader Ayman al-Zawahiri.

Who is Abu Musab?

Abu Musab Abdel Wadoud, whose real name is Abdelmalek Droukdel, was born on April 20, 1970 in the village of Zayyan in the northern Algerian province of Blida. He is currently the leader of al-Qaeda in the Islamic Maghreb and is considered the architect of the organization's strategies in Algeria.

In 2013, the jihadist Salafist movement in Jordan announced the formation of an armed battalion of al-Qaeda in the Syrian city of Aleppo and set up a camp there to train fighters, starting with about a thousand people, under the leadership of Abu Abdul Rahman al-Shishani, which is affiliated with Abu Musab’s al-Qaeda in the Islamic Maghreb.

The terrorist Hesham Ashmawi infiltrated Syria through Turkey and met with Abu Musab, who told him that he was in charge of the emirate in the region and asked him to train the fighters, especially since he had been an officer in the Egyptian special forces and had sufficient experience.

Meanwhile, Abu Musab met with Baghdadi, who was killed in October 2019, and the latter asked him to pledge allegiance to ISIS. Abu Musab left al-Qaeda without referring to Zawahiri, assuring him that ISIS has the upper hand, possesses weapons and equipment, and has the larger source of funding from home and abroad. The meeting was also attended by Ashmawi.

Abu Musab admitted that Erdogan had helped Ashmawi enter into Syria by opening Turkey’s border crossings to infiltrate their elements to Damascus, in addition to facilitating the sale of petrol, olives and oils.

When ISIS announced its caliphate in Iraq in July 2014, al-Qaeda in the Islamic Maghreb issued a statement criticizing the announcement and questioning ISIS’s legitimacy, becoming the first branch of al-Qaeda to do so. At the same time, the group stressed its loyalty to al-Qaeda and Zawahiri.

Despite this, Baghdadi did not stop his attempts to lure Abu Musab to pledge allegiance to him and leave al-Qaeda. He sent many messages in this regard, which Abu Musab was responding to. The situation remained that way for about six months, especially since the former ISIS leader wanted to expand the caliphate beyond the borders of Syria and Iraq to include other regions, such as Algeria.

The task of co-opting Abu Musab was assigned to Abu Ubayda Abdul Hakim, a member of the ISIS Shura Council, to whom he sent a letter in December 2014 in which he highlighted the caliphate’s success in Syria and Iraq, especially as the former expressed concerns about the election of a caliph without the approval of the qualified authorities.

Brotherhood and the storming of the Capitol: Political fuel and usual exploitation