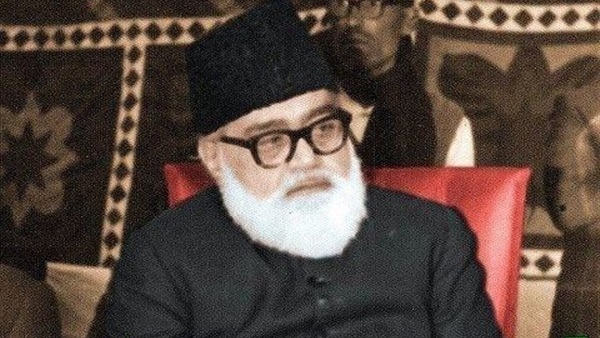 The leaders of the Justice and Development Party, along with the Brotherhood in Morocco, have chosen political and political figures known to be affiliated with the Salafi and Brotherhood currents of radical discourse to launch their name on the streets in Rabat; What angered political activists, as they refused to name a street as "Abu al-Ala al-Mawdudi", called "Abu al-Takfirin".

The Brotherhood of Morocco created this controversy before, when they called on the streets and alleyways the names of some Salafi and Brotherhood symbols, including Ahmed al-Naqib, Bassam Faraj, Khaled al-Hammoudi and Hamad al-Dahlous, on the streets; They were subsequently forced to remove the plaques bearing the names of the alleys after the anger that prevailed on social media, and the discussions that accused justice and development of extremism.

Moha Raddali, the head of the Municipal Council of the city of Temara, who belongs to the Justice and Development Party, disclaimed his responsibility for this crisis, claiming that the labels date back to April 2006, as the city needed to name its neighborhoods and alleys in light of its urban expansion, and the city council at that time was formed from The Socialist Union of Popular Forces, Independence, Justice and Development, as well as the Popular Movement and the National Rally of Independents, he says.

He explained that the decision was approved unanimously by all the party components without any abstention, pointing out that errors are contained in terms of downloading names at the level of technical interests, but errors can be remedied across institutional channels.

Moroccan activist Abdullah Bouchart said: Justice and development - belonging to the International Brotherhood at the ideological and ideological level - the Moroccan party - made the theorists of hard-line thinking in the place of political symbols, when it wanted to celebrate the "Mawdudi" ideals, and perpetuate their names that would be dispatched on citizens' identification cards Citizens as residential addresses, and this is very dangerous, when the citizen is forced to associate his identification card with the name of a hard-line Salafi sheikh, very far from his identity, country, and culture.

He added: This is a scandal that requires urgent intervention by the Ministry of Interior to drop these names and change them with national and local names, events and battles of the national resistance in various regions of Morocco, as well as African leaders, friends of Morocco if necessary.

It is noteworthy that Abi Al-Ala Al-Mawdudi, who the Brotherhood gave his name to one of the alleys, is described as an inspiration for takfir, as he advised that the soldiers and employees division is forbidden to loyalty to the state, unless the state announces its commitment to Islam as a reference for the rule, and that station was the beginning of the seeds of “the thought of atonement of the state” Which later moved to terrorist groups, led by ISIS.