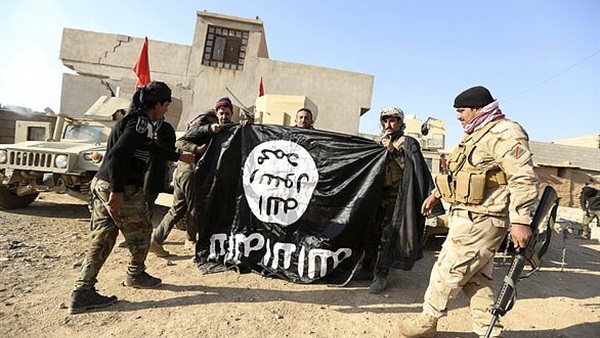 Days after the Iraqi Intelligence Service announced on Wednesday, May 20 the arrest of Abdel Nasser Qardash, who had been a candidate to succeed former ISIS leader Abu Bakr al-Baghdadi after the latter was killed in late October 2019, ISIS began talking about making ideological and intellectual revisions within the organization, the predominance of extremists within its ranks, and shifts in its plans and appointments after its losses on the ground.

In a statement carried by Russia Today on May 22, Qardash said that ISIS leaders, at Baghdadi’s request, reviewed the terrorist organization’s ideas after losing many of its sites in recent years, indicating that these ideological reviews were led by three personalities: Abu Mohammed Furqan, Abu Ayyub al-Aqabi, and Qardash.

According to Qardash’s statements, the majority of the organization’s leaders are extremists, who would even execute those who sought repentance, in contrast with another stream within the organization that refuses to kill those who repent.

Regarding the orders to remove him from what is known as the Northern State, Qardash recounted that someone named Abd al-Ilah had treacherously killed some people after they repented, on the orders of Abu Moataz al-Qurashi, who was ISIS’s deputy governor there, which caused severe resentment, so he was prevented from returning from Syria because of that issue.

According to Qardash, he was summoned by Baghdadi in order to appoint Abu Moataz to the position of emir of the Iraq Committee and Qardash as the emir of the Northern State. But there were differences during the meeting due to their varying positions, and as a result Qardash was permanently removed from the subject outright and even removed from the Northern State representation.

Qardash’s account is consistent with a video clip posted in December 2014 that showed the arrest of a cell composed of four ISIS members speaking Turkish who planned a coup against Baghdadi, and they were presented as adopting more strict religious ideas than those adopted by the terrorist organization and had sought to loot weapons and destabilize security within ISIS.

According to a study by Dr. Ahlam Muhammad Al-Saadi, the ideological reviews conducted by Islamist groups are a bogus sham. The study showed that the disagreement between takfirist groups is not a difference in embracing takfirist thought, but rather in the degree of extremism, which led some of these groups to reject society as a whole and call for its destruction in order to build a “correct Islamic society”, while other groups only make takfir against regimes and call for their assassination, meaning that these supposed reviews are not for self-evaluation, but to stand up to the agreed limit of takfir.