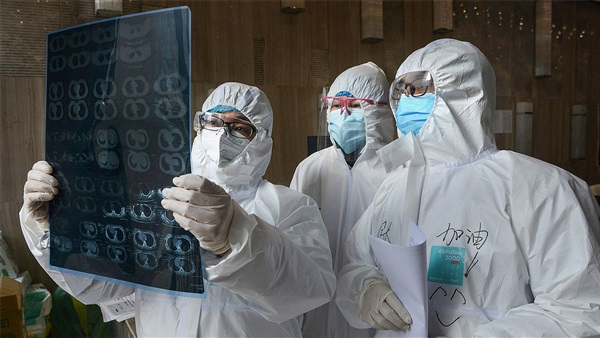 The Turkish President, Recep Tayyip Erdogan and his ruling party, "Justice and Development", did not only interfere in the affairs of other countries. Harnessing the legislature in his favor and passing bills expanding his party’s influence and powers.

Erdogan practiced the process of detailing private laws, in line with his whims and his ruling party without considering the national and health considerations that necessitated serious consideration of releasing detainees without charges. He used this to delude international public opinion by the process of releasing those convicted of criminal crimes and keeping the detainees due to political opinions and journalists. And everyone who opposed it and opposed the policy of his ruling party.

And it blew up a bill that the government was constantly seeking to pass, amnesty for rapists, and it sparked great controversy previously, and many associations and opponents protested it. In addition, Erdogan held a meeting with members of his government; To discuss the proposed amendments to the penal code, the Justice and Development Party has approved a draft partial amnesty law for prisoners after the outbreak of the Corona virus in the country.

This law stipulated partial amnesty for those who spent 65% of their sentences instead of 75%, and the amnesty included rapists of women and children accused of harassment and drug cases; Estimates indicate that according to Al-Sharq Al-Awsat newspaper that between 70,000 and 100,000 prisoners will be released, including 60,000 convicted of drug crimes, and excluding them from amnesty for journalists and politicians and terrorism charges against opponents, especially those arrested for belonging to the "Julen" movement 2016.

Earlier, Kemal Kılıçıdar أوlu, head of the opposition Turkish Republican People's Party, criticized the practices of the Turkish government and the arbitrary arrest and violation of journalists' rights. He said: “They have moved from a semi-closed prison to a closed prison. I consider the arrest of journalists a disaster for the republic and for human rights and democracy. ».

The actions of the Turkish President reveal the concerns of several detainees inside the Turkish prisons, and this was explained by Muhammad Rabih Al-Daihi, a researcher in Turkish affairs, who said: The exclusion of the category of political detainees, journalists, and opponents of Erdogan's policy behind him is motivated by Erdogan's strong desire for revenge and silence mouths; The Turkish regime is afraid that these people will leave because it will cause a threat to Erdogan's rule and fears of the Turkish street turning against him and increasing the revolt against him, or exposing the injustice, repression and suffering that they faced in prisons.

The researcher added that it is possible that the reason behind Erdogan and his government taking the step of pardoning those accused of cases related to sexual assaults, drugs and "terrorism" and those with previous records under the mantle of the Corona virus is nothing but terrorism and fear for the Turkish street of the presence of these criminals, which may threaten the lives of citizens, In addition, there may be suspicious deals that bring them together, with the aim of distracting public opinion from its overwhelming political practices in the country, as well as distracting the people from the failure of the health system in Turkey.

The researcher referred to a report published on "Nasmat" for social and cultural studies under the title "Systematic liquidation of the health sector in Turkey"; Whereas, 7500 medical workers were dismissed, as part of a "collective cleansing" operation practiced by the government, of whom 1697 academic doctors were senior professors and heads of medical departments, representing 6% of the total academic staff working in medical colleges, and 1689 doctors who worked in The Ministry of Health arbitrarily, in addition to that more than 1,200 doctors are now out of work as a result of the closure of their hospitals and private medical centers.

He continued: 675 academic doctors lost their work when private medical colleges related to Gülen projects closed, and 5261 doctors, academics and health workers were affected by these arbitrary measures, and according to Turkish statistics, a number of those who were arbitrarily dismissed by the government from workers in the government and private health care sector, More than 21 thousand workers, and perhaps the only crime they committed is that their opinions contradict the directions of the ruling party. All this helped the collapse of the Turkish health system.