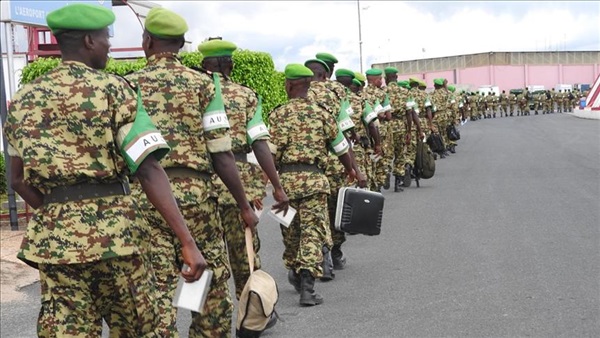 The African Union has requested an extension for the deployment of its troops, known as AMISOM, in Somalia for another year.

The mission extension, it says, is important for reining in the terrorist al-Shabaab organization and ending its presence in the eastern African country.

This comes at a time of growing presence for the terrorist organization in eastern Africa, where it is more powerful than local arms and security agencies.

The Head of the African Union's Peace and Security Council Ismail Shawqi said AMISOM's continued presence in Somalia is necessary for maintaining the gains made in the fight against al-Shabaab so far.

"We have to guard these gains very closely," Shawqi said. "The troops of the African Union, Somalia and African partners sacrificed their lives so that the Somalis can enjoy the peace that was taken from them over the past 30 years."

Shawqi called for support from the international community. He underlined the need for a smooth and honest transition in Somalia.

"This is why the council recommends the extension of the African Union mission in Somalia," Shawqi said.

The United Nations Security Council will discuss the fate of the African Union mission in Somali later this month.

The council will likely extend the mission, opening the door for more cooperation between the African Union troops and the Somali army.

This comes amid hopes for eradicating al-Shabaab and ending its control over large parts of Somalia. There are also hopes that the eastern African country would get rid of its restive past and start a new chapter, amid fears that the Islamic State of Iraq and Syria can be gaining a foothold in the country.

AMISOM was formed in 2007 to train local troops in Somalia and preserve peace in the country.