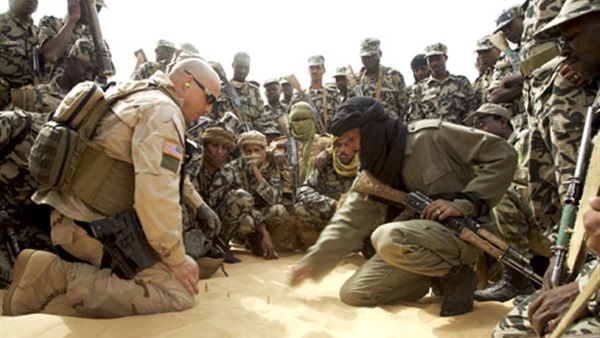 Terrorist organizations, especially Boko Haram, are spread throughout one of the poorest countries in the world, the Republic of Niger in West Africa, where the Sahara constitutes 80% of the country’s territory.

Niger is one of the five countries in West Africa’s Sahel region, along with Mali, Burkina Faso, Mauritania and Chad, and this region has become a target of terrorist organizations in recent years, especially the Boko Haram group, which pledged allegiance to ISIS on March 7, 2015.

The terrorist organization focuses on targeting the country's security and military forces, trying to destabilize security and create chaos, killing 174 soldiers between December 2019 and January 2020, according to ABC News.

The latest operation by Boko Haram targeted a military center in the country’s southeast, according to a statement issued by the Niger army on Wednesday, May 20. The attack killed 12 soldiers and wounded 10, while seven terrorists were killed.

The terrorist organization focuses on attacking this base continuously, as the same base was subject to a previous attack at the end of October 2019, which resulted in the injury of eight soldiers and the death of 12 soldiers.

Clashes took place between the army and terrorists in the western Tillaberi region near the border with Mali in April, killing four soldiers, wounding 63 terrorists, and burning 50 motorcycles.

In January, terrorists linked to ISIS attacked an army security post, killing 89 soldiers. This occurred a month after Boko Haram attacked the city of Inates on the border with Mali, killing 71 soldiers, which led to the army’s chief of staff being dismissed.

Niger is seeking to get rid of terrorist organizations, so it launched Operation Almahaw (Whirlwind) to fight against terrorism, an operation that puts the security forces in a state of preparedness to counter terrorist attacks.

Countries around the world, especially France and the European Union, were quick to assist Niger and the Sahel countries, as the EU granted the army 13 armored vehicles on March 25, with the aim of helping fight terrorism.

"These armored combat vehicles will protect our units deployed in the areas of operations from fire and from ambushes and improvised explosive devices used by armed terrorist groups," said Niger’s Minister of National Defense Issoufou Katambe.

France also launched Operation Barkhane in the Sahel states, including Niger, since February, focusing on the Tillabéri region on the Niger-Mali border, which saw the killing of 174 soldiers between December 2019 and January 2020.

According to data issued by the ministries of defense in France and Niger, the operation has significantly succeeded in restoring security in the region, by neutralizing more than 120 terrorists since the start of the operation, in addition to confiscating and destroying dozens of vehicles and bomb-making centers.