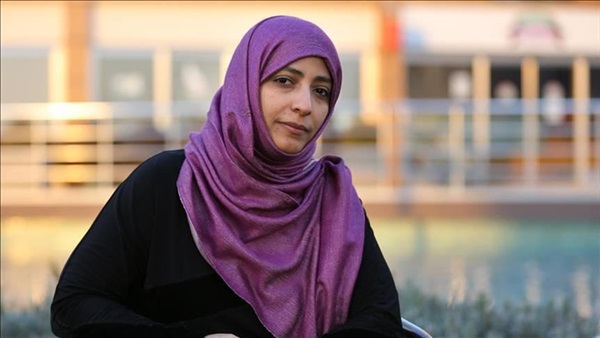 Khashoggi, a well-known Saudi journalist, was murdered on October 20, 2018, at the Saudi Arabian consulate in Istanbul. On Friday, his son Salah released as statement saying that he and his brothers had pardoned the killers of their father.

Under Saudi Arabian law, the family of the victim has the right to pardon or grant clemency to the perpetrator. Once ratified, this pardon prevents the perpetrator from receiving the death penalty.

But on Saturday, prominent Yemeni activist Tawakkol Karman tweeted that it was not Salah’s “right” to “waive his father’s murder,” and suggested the move had been motivated by financial reward from Saudi Arabia’s Crown Prince Mohammed bin Salman – known to some by the acronym MBS.

“When will Salah Khashoggi understand that it is not his right to waive his father’s murder—#JamalKhashogg? It is not a crime against him to waive it in an exchange for a villa from #MBS,” tweeted Karman.

“It is a crime against humanity and cannot be classified otherwise, and thus only humanity decides what to do! I believe that the moral consequences of the Khashoggi murder will hit the aging kingdom of Salman. Time will prove me right! 2/2” added Karman.

Karman has been a frequent critic of Saudi Arabia and a vocal supporter of the Muslim Brotherhood. She was previously a member of the Islah Party, which many consider to be the Brotherhood’s Yemen branch.

The Muslim Brotherhood is designated as a terrorist organization by Egypt, Saudi Arabia, the UAE and other countries.

Khashoggi’s trial and his son’s pardon

A Saudi Arabian court last December sentenced five people to death for the murder of Khashoggi, and three others were sentenced to a total of 24 years in jail.

Salah said at the time that he was confident in the fairness of Saudi Arabia’s judicial system, after the public prosecution sentenced five people to death and three others to a total of 24 years in jail for the murder of his father.

“Today we have been granted justice as the children of the deceased, God willing, Jamal Khashoggi. We affirm our confidence in the Saudi judiciary at all levels, that it has been fair to us and that justice has been achieved,” Salah said in a tweet.

Salah’s more recent statement that the family was pardoning the perpetrators from the death penalty is in line with Saudi Arabian law.

The family can choose to pardon the perpetrator for any reason they see fit and pardons are given for a variety of reasons. During the Islamic holy month of Ramadan, known in Islam as the month of forgiveness and spirituality, public and private pardons are often instigated across the Islamic world.

However, the clemency given by the family of a victim in capital crimes does not absolve the perpetrator from responsibility or punishment for the crime they have been found guilty of committing. The perpetrator will still be sentenced accordingly under public law.

Karman’s comments come shortly after she was at the center of controversy over her appointment to Facebook’s Oversight Board for content moderation.

Last week, the Twitter hashtag #Facebookcaliphate was trending after Facebook appointed Karman as one of the initial 20 members of its recently established “Oversight Board for Content Decisions,” the new system for internally policing content on the world’s most popular social media site.

“I am glad to join the Global Supervision Board for Facebook and Instagram Content. Thanks to social media platforms, government monopoly over the media and information is no longer possible,” Karman wrote on Facebook.

“The role of social media networks is to provide a platform, in which a user can benefit from the right of ‘free speech’, however, free speech should not be confused with hate’” Tawakkol is the quintessential extremist hiding behind the mask of activism!," tweeted another.

In Twitter, Karman alleged she has been the victim of a coordinated smear campaign against her.

“My mission is to defend freedom of expression and human rights … to defend opponents before friends, and here is where I always stand,” she added in a tweet.

Karman won the Nobel Peace Prize in 2011 for her role in the mass protests that led to the fall of Yemeni President Ali Abdullah Saleh.

According to the National, the Yemeni Coalition for Civil Society Organizations also criticized the decision at the time and described her as a “war-monger not a peace messenger.”