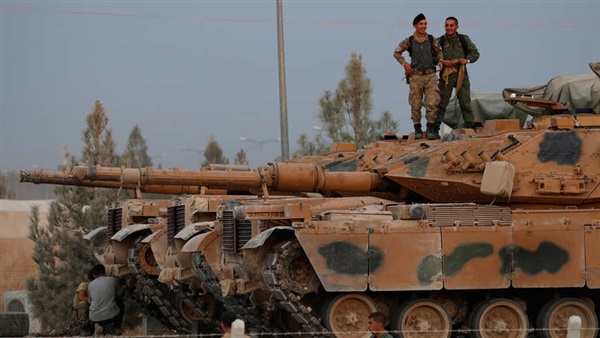 Turkish President Recep Tayyip Erdogan makes no secret of his intention to uproot Kurdish self-rule in northern Syria and change the demographic character of the region, often reiterating Ankara’s plan to move up to two million refugees to a safe zone that is planned to be set up in the Operation Peace Spring region in the northeast. Addressing the UN General Assembly last year, Erdogan said Turkey initially planned to transfer up to one million refugees to the area by constructing 140 villages and 10 towns in the region. The second phase of the plan involves extending the resettlements to the town of Deir ez-Zor, which lies on the critical M-4 highway linking the country’s east and west.

Turkey’s cross-border operations in Syria remain in full swing despite the novel coronavirus outbreak that sent the world into turmoil. Population transfers to the east of the Euphrates River from the western side are increasing along with the Turkish military activities.

On April 20, a convoy of 151 vehicles, including 14 buses, departed from Jarablus, arrived in Turkey via the Karkamis crossing and then crossed into Tell Abyad from the Turkish town of Akcakale.

Videos of the convoy were leaked over social media, forcing the governor’s office in Turkey’s southern border province of Urfa to respond. A written statement on April 21 inexplicably claimed that the convoy was carrying families displaced from Tell Abyad under the Kurdish administration. Turkish media reports hailed the news, saying downtrodden families who had escaped the Kurdish rule in Tell Abyad and settled in Afrin were now returning to their homes.

The secondary exams program organized by the "local council in the city of Afrin" - an administrative structure established in 2018 after Turkey's control of the city and includes members loyal to Turkey - obligated students to take exams in the Turkish language, and the absence of the Kurdish language from studying and exams.

Turkey has full control over the educational process in its areas of direct influence in the Syrian north, although the curricula prevalent in schools there are the same as those of the "interim government" that have been modified to the curricula of the Syrian Ministry of Education and materials have been added to the Turkish language, according to the Violations Documentation Center in northern Syria.

The Center pointed out in its report, Wednesday, May 20, 2020, that the Turkish policy affected the curricula and a change in the contents and political references, most notably in the subjects of history and geography, because they contain "fallacies" from the point of view of Turkey, as, for example, any words were removed It refers to an "Ottoman occupation" and its replacement by an Ottoman "rule". Turkish language courses were also opened inside schools, and educational staff and students are required to attend.

The report pointed out that the government of "Erdogan" is seeking to implement the Turkish educational system in the areas under its control, which was confirmed by Alireza Alton El, director of the "Lifelong Learning" program in the Turkish Ministry of Education, in an interview with the London-based newspaper Asharq Al-Awsat in September 2019 He said that the ministry is working to transfer the educational experience in Turkey, especially the e-learning system to the Euphrates Shield regions within a short period.

These regions include about 500 schools, about 150,000 students study, and the Turkish language is the first in the schools of these regions.

The report also referred to the issuance of educational offices in the provincial council of Aleppo, which is controlled by Turkey, a decision to include the Turkish language in the school curricula from the elementary stage until the secondary stage.

In addition, many schools are named after Turkish people, in relation to the deaths in some battles during Operation Euphrates Shield.

Last January, the Turkish authorities opened the school of "Governor Ahmed Torgay Imam Geylar" in the city of Jarabulus, which is under its control in northeastern Syria, and pictures of the opening of the school showed a number of Turkish officials under the Turkish flag and another for the Syrian opposition, and among the participants was an officer of the Turkish army.

The Turkish flag is raised over many government headquarters and bodies, and the names of these departments are written in both Turkish and Arabic, and Turkish letters appear larger in size than their Arab counterparts.