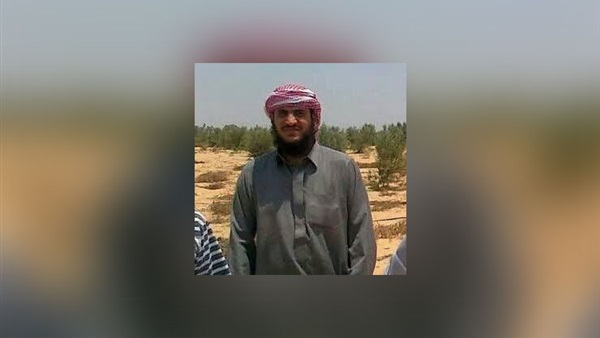 The terrorist Hatem Salama Hassan Salim Al-Qadi,” and his nickname, “Hatim al-Qubtan,” from an Ismailia, who is 33 years old, specializing in car theft and supplying money and food to terrorist groups.

After his dismissal from the Naval Academy due to his father's involvement in the heroin drug trade, al-Qubtan joined the Takfiri groups, and these groups convinced him that revenge must take place against the country that caused the destruction of his future, according to their claim.

He received many training exercises on fighting, among the most important operations in which he participated in targeting the Military Intelligence Building in Ismailia, and targeting the Police Brigadier, Taha Zaki, and Director of the Department of Insurance of the Navigational Navigation in the Suez Canal.

His family said during the prosecution's investigations that they were not aware of his work with terrorist groups, as he had been absent from his home for long periods, and left his family without any expenses, which made his wife work in the clothing trade.

The “captain” also participated in the bombing of the natural gas pipeline in Abu Suwair, and attempted to target the police colonel “Tariq Al-Tahawi”, targeting two recruits of the armed forces if they were guarded by a military facility in the Great Hill in Ismailia, and targeting the force of the Mostorod ambush east of Cairo, and the Nozha police station in Cairo.

In order to finance the group's operations, he robbed the offices of "Sheikh Zayed" and "Abu Swear" in Ismailia and seized their money, and also stole a car intended for transporting food to the armed forces on the 36th Military Road in Ismailia.

The people managed to arrest him while trying to target one of the ambushes inside a garbage truck stolen from the city of Al-Qassasin in Ismailia, and the people beat him to death, and he subsequently died inside a hospital in Ismailia.