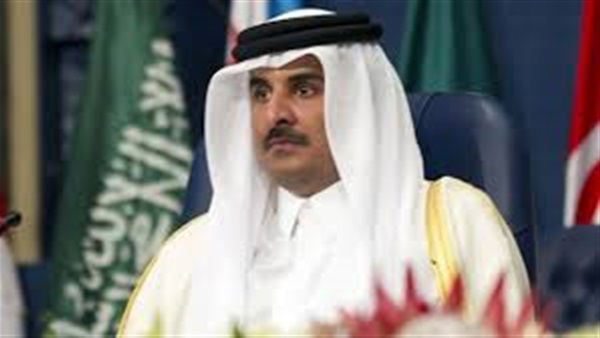 The book reveals how Qatar finances Tariq Ramadan, the grandson of Hasan al-Banna.

The French and European libraries have published a new book entitled “Qatar Papers” written by the French journalists Christian Chesnot and Georges Malbrunot.

The two journalists Christian Chesnot (France Inter) and Georges Malbrunot (Le Figaro) have got their hands on the detailed accounts of a Qatari NGO, Qatar Charity, whose mission is to help Muslim communities on Europe.

Their book, "Qatar Papers", which is teeming with accounting documents, lists countless projects on French soil (mosques, schools, associations, etc.) directly financed by this NGO linked to the Emir.

The book finally reveals the emoluments of Tariq Ramadan. According to Chesnot and Malbrunot, the Islamologist received as much as 35,000 euros a month from the Qatar Foundation as a consultant. And in early 2018, Tariq Ramadan had also received 19,000 euros from the League of Muslims in Switzerland, while he was going to be indicted and incarcerated for ten months.

It’s worth to mention that Ramadan has been accused in a number of rape cases.

Many secrets are revealed for the first time in this new book published by Michelle Lafon publishing house, which presents the summary of a field investigation conducted in six European cities and more than 12 cities in France.

The book also reveals the language of the dual discourse that takes place in centers and schools funded by this suspicious organization where most of these associations and organizations.

The book highlights the scenes of what is going on in this suspicious society, which enjoys great funding and the great potential provided by Qatar, especially that it includes members of Al Thani family, which rule Qatar.

This book comes at a crucial moment in which external interference is revealed to influence Islam in France The time when French President Emmanuel Macaron is trying to reorganize his papers and institutions.

According to the documents they obtained, spending on building mosques and Islamic centers in Europe in 2014 amounted to 72 million euros, with 113 projects in 40 cities.

The second country was France, with a total cost of about 101 million euros, to cover 15 projects, of which Qatar spent 14% or 15 million euros, and the United Kingdom paid Qatar for Brotherhood projects within 4 million euros.

The book adds, that Eastern Europe is one of the new areas that Qatar Charity Foundation has taken care of. Through an official document that reached the author, dating back to October 2012, the Charitable Foundation for Brotherhood projects in Poland paid about 200 thousand euros.

The danger of the group’s incursion in eastern Europe lies in the security and political weakness in the region, which at the same time allowed Iran to expand inside it, which portends a radical radical network woven into the region with its intertwined relations and colonial agenda.

The separatist movements play a dangerous role in preparing the country to attract terrorist groups, because of the turbulent environment they provide, which allows the circulation of weapons and the growth of clandestine action. Therefore, Qatar deals with Barcelona in Spain as a focal point to penetrate it into the region.

Through a document dating back to October 2012, Qatar Charity used its funds to spend 133,000 euros on the Islamic Union for Dialogue in the Catalonia region, seeking to secede from the central government in Madrid.

The Foundation claims to obtain funds from donations and zakat that citizens pay, but the documents reveal that the Qatari authorities and the various ministries are the primary source of funding for the Foundation, and it is documented with financial transfers, which came out of the Court of Prince Tamim bin Hamad, the ruler of Qatar; which means that cash flows from the Foundation to Brotherhood societies in Europe is just political money serving an expansionist agenda. In April 2016, Qatar paid Al Ghaith's campaign to finance the Brotherhood in Europe, about 30 million euros.