How Erdogan getting rid of his potential competitors? 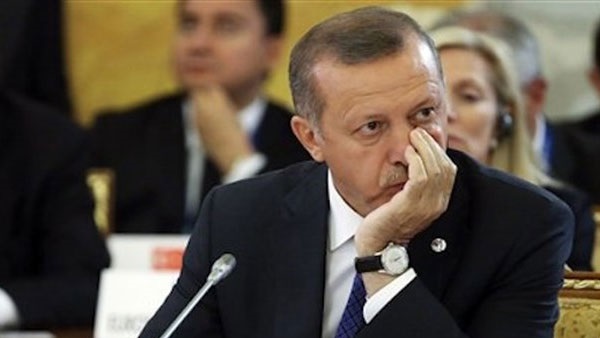 Turkish President Recep Tayyip Erdogan succeeded in getting rid of all his competitors for power as he managed to control the army, the judiciary and parliament, as well as got rid of his strong friends in the Justice and Development Party led by Abdullah Gul, Ahmet Davutoglu, over Babacan.

It seems that the end of the Turkish Interior Minister Suleiman Soilo has approached, after he became a potential competitor to President Recep Tayyip Erdogan, and that he won great support among the voters of the ruling coalition consisting of the Justice and Development and the National Movement.

The wide popularity of the Minister of the Interior, which was revealed by his sudden resignation, on April 12, 2020 following the decision to prohibit the sudden wandering, annoyed Erdogan, which forced him to refuse his resignation to return to his position more strongly, in order to strip him of his strength and influence within the party, especially since the last poll conducted by the Metropole Research Company I confirmed that Suleiman Sweilo is not competing with Prat Al-Bayraq, the Minister of Finance, but he is competing with Erdogan himself.

Suleiman Soylu is a seasoned politician with a conservative national background, and he was the head of an opposition party, the Democratic Party, before he resigned from his presidency following his loss in one of the elections, then Erdogan persuaded him to join justice and development in 2012, and he progressed in leadership positions in the justice, development and government quickly and significantly, up to For the position of Minister of the Interior in August 2016, that is, immediately after the failed coup drama, and succeeded in the tasks entrusted to him, the most important of which is to combat the parallel entity and the Kurdistani workers internally, and secondly in a number of crises such as the Elazig earthquake and others.

So Soylu came out of the resignation crisis stronger than it terrified Erdogan, as he proved a place in the government and the party, especially in the face of the other current, and proved that he enjoys a high popularity in the Turkish street, as well as among the party supporters, and stressed that he is a heavyweight political figure and a difficult number in the equation.

Certainly, Turkish President Recep Tayyip Erdogan is not happy with the results of his abrupt resignation, because its details are disturbing, starting with the announcement of the resignation without consulting him, and passing through that it put him before difficult options in light of an unprecedented crisis, as well as the non-positive image in which the party appeared, witnessing a conflict 3 factions, the first of which is the faction supported by the Minister of Finance and Erdogan's son-in-law, Berat Al-Bairaq, known as the "Swan Gang", and the second faction, which is supported by the Minister of Justice, Abdul Hamid Gul. As for the third faction, it is independent and supported by the Minister of the Interior, Suleiman Sweilo, which is hated by any leader under a presidential system and clear hierarchical relations.

Especially if we bear in mind that Soylu is considered the link between the Justice and Development Party and its young partner, the National Movement Party, and has a media personality like Erdogan, it is possible to see him on screens almost every day, as well as the strength of his relationship with the entities known as the "deep state" in Turkey every That makes Erdogan put a thousand accounts on him and is waiting for the opportunity to eliminate him.

According to previous information, it is expected that the coming stage will witness the gradual eradication of the influence and popularity of Soylu by transferring it to another ministry such as justice or industry in the first cabinet reshuffle after the end of the pandemic of the new Corona Virus Covid 19, especially since the swan gang that enjoys great power within the Justice and Development, is not She is satisfied with the Minister of Justice Abdul Hamid Gul and the Minister of Industry and Technology, Mustafa Varank, and considers them to be angry at them besides the Minister of Interior, after which he is removed from the scene permanently.

It is noteworthy that Erdogan has withdrawn from accepting the resignation of Interior Minister Suleiman Soilo after the intervention of his political ally, Dolt Bahceli, head of the National Movement Party, who assured him that Soilo was successfully fulfilling his duties, and that the current time does not bear the amendment in the government, and also came as a result of the intervention of the right-wing Grand Unity Party To refuse to resign.