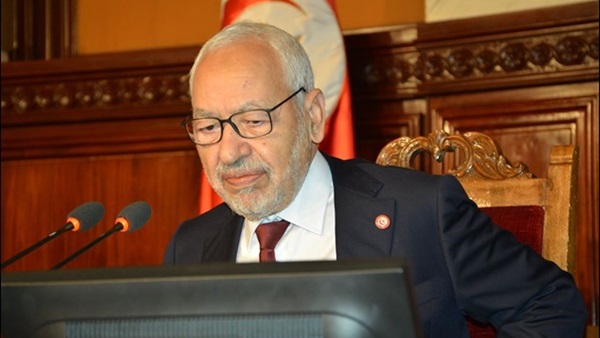 Tunisian Parliament Speaker Rached Ghannouchi had to delay parliamentary debates on two trade deals with Turkey and Qatar against the background of opposition by Tunisian political parties and lawmakers.

The first deal was signed by the Tunisian government, on one hand, and Qatar Development Fund, on the other. It stipulates opening an office of the fund in Tunisia.

The second agreement aims at encouraging investments between Tunisia and Turkey.

However, political parties represented in the Tunisian parliament oppose the two deals. They consider them a new type of occupation.

However, this opposition puts the Ennahda Movement, Ghannouchi's movement and the political arm of the Muslim Brotherhood in Tunisia, in a tight spot and embarrasses it in front of its two main allies, namely Turkey and Qatar.

This is why the movement is trying to stoke tensions in Tunisia and spread unrest. It calls on Tunisian citizens to go out to the streets and demand regime change.

The Free Destourian Party issued a statement on May 3, in which it warned against spreading fabricated news and demonizing the opposition.

It referred to plans for turning Tunisia into what it described as a platform for the implementation of the expansionist plans of some regional countries.

This, the party said, impinges on the sovereignty of the Tunisian state.

It called on the Tunisian political elite and civil society to stand against these deals.

Party leader Abeer Moussa accused the Ennahda Movement of implicating her party in calls for spreading unrest in Tunisia.

"Figures affiliated to the movement are responsible for these calls," Moussa said.

She attributed attempts by the Islamist movement to defame her party to its opposition of the trade deals with Qatar and Turkey.