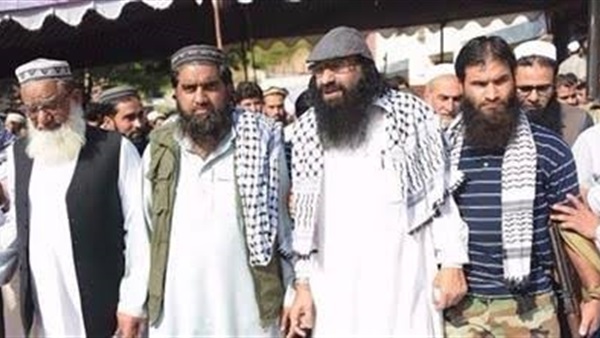 In the midst of escalating battles in the disputed Kashmir region between India and Pakistan, the Indian authorities announced on Wednesday evening, May 6, the liquidation of Hizbul Mujahideen leader Riyaz Naikoo in southern Kashmir, in a major blow to extremist groups in the region.

The Indian authorities expressed their appreciation for the armed forces that carried out the operation in retaliation for the terrorist attack in which elements of the Indian army were killed on May 3 in the village of Handwara, northern Kashmir.

Hizbul Mujahideen is one of the largest terrorist groups in Kashmir and is fighting for the region to integrate with Pakistan, considering India to be an infidel state. The organization was established between 1989 and 1990 by Muhammad Ahsan Dar, becoming a military wing of Jamaat-e-Islami in Pakistan, according to the Institute for Peace and Conflict Studies.

The militant group was involved in multiple operations against Indian military concentrations and has become a tool of destabilization by merely being an armed group with separatist political goals. It has also cooperated with terrorist groups with the same goals, and it has been placed on the terrorism lists by India and the United States.

As for 35-year-old Riyaz Naikoo, who led the group in 2016 after the killing of its former leader, the Indian authorities considered him one of the most dangerous elements in Kashmir. According to the Economic Times, he worked as a math teacher before switching to armed conflict after he was detained by the authorities in 2012.

Prospects of conflict in Kashmir

The killing of Naikoo will certainly affect the fighting conditions in the region that is already burning. On the one hand, it is considered a disruption of the political armed wings, and on the other hand, a variable on which the Indian government will count on its justifications for its intervention in the region.

According to Pakistan, the recent fighting by India in the region is seen as exploitation of the quarantine due to the corona virus pandemic in order to carry out war crimes. But the killing of a wanted terrorist with about 12 judicial rulings against him on extremist charges is something that may support India’s narrative, which will inevitably fuel the conflict between the two nuclear powers.

This strike will confuse the region’s terrorists and weaken Hizbul Mujahideen until the inauguration of a new leader for the group. For its part, al-Qaeda issued a recent statement urging Muslims to fight against India, which it accuses of persecuting Muslims and their religion.

Nurhan Al-Sheikh, a professor of political science at Cairo University and a researcher specializing in Asian affairs, previously told the Reference that Pakistan is playing with the terrorist group card by mistakenly describing them as liberation movements against India, neglecting the terrorist attacks they carry out. She confirmed that the recent escalation of most of its positions shows the weakness of Islamabad compared to India’s position on its right to protect its security and political interests.

In press statements, Ahmed Sayed Ahmed, a researcher in international relations, pointed out that Kashmir has been the epicenter of a long conflict between India and Pakistan, while neighboring regions are seeking to fuel it more. He added that political, economic and strategic interests are the primary driver of this conflict, especially the file of water resources for the region.