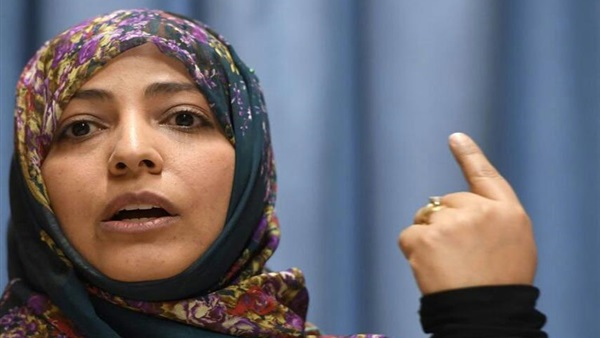 The Yemeni news portal "Aden al-Hadath" announced that Tawakkol Kerman received $ 30 million from Qatar as the first payment for the establishment of "Belqis Canal" and "Yemen-Youth" as part of the Doha strategy against the Arab coalition.

The aim is to influence public opinion, to raise awareness and to defend terrorism." Tawakul is working on these plans what Aden Al-Hadath quoted from Yemeni sources, namely the legal and propaganda that supports terrorism, which Tawakkl leads, after the creation of a number of "human rights organizations" that work thanks to Qatar's national financial and logistical suppor.

Terrorist on the Facebook Panel after Tawakkol Karman's election as a member of the Facebook Panel was released; it is very noticeable how the world reacted to this by asking the question of how a terrorist sits on the Facebook panel? Social media activists said Yemenis are attacking their country abroad with foreign funds, and she is supporting the Houthi rebels in Yemen. "What decision is this? It is part of the 2020 disasters," said social media users, calling for a Facebook boycott campaign to be launched and for the company to close its offices in Arab countries.