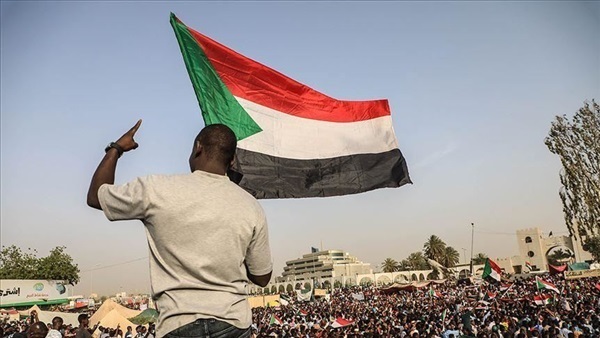 The Brotherhood does not miss an opportunity or crisis except that it seeks to take advantage of it to serve its own interests. Despite the exceptional conditions witnessed around the world following the outbreak of the Covid-19 corona virus, the Sudanese Brotherhood insists on using the pandemic to destabilize security in the country.

The Brotherhood branch in Sudan is intentionally destabilizing security by stirring lies and confusion, sometimes even denying the presence of the virus in the country, and at other times claiming that some of the leaders of former President Omar Al-Bashir’s ousted regime are infected while they are in prison, which reflects the clear contradictions of the organization that had ruled Sudan for 30 years.

The Brotherhood tried to capture gather the various factions scattered on several fronts, such as the Green March and Popular Mobilization, and moving them to gatherings in Khartoum and some cities against the transitional government, taking advantage of the freedoms provided by the revolutionary government, but the street had them lookout.

The group returned to the same attempts again, especially after the authorities announced a package of measures to confront the corona virus. While the Sudanese street was organized in one line to prevent the spread of the virus in the country, the Brotherhood questioned its fundamental existence. Instead, the group called on its elements to organize other gatherings under the pretext of demanding improved living conditions, in a clear challenge to the health emergencies.

The group led a campaign on social media to incite citizens not to abide by the measures put in place by the Transitional Authority to curb the pandemic, claiming that Sudan is a hot weather country and therefore the virus will not spread.

In clear contradiction to its skeptical position regarding the presence of the corona virus, Brotherhood members returned to mobilize corona gatherings and organize several protest vigils near the General Command of the Army and in northern Khartoum near the Kober prison, where the organization’s leaders are held. The group is also leading a movement to create a security network while everyone is focused on confronting the virus and limiting its spread.

Brotherhood violations did not stop there. Rather, they extended to praying in mosques despite the complete ban in the country and the decision of the Ministry of Religious Affairs and Endowments to stop people from visiting different places of worship in order to preserve the safety of citizens.

Despite the complete ban in Khartoum, mosques in which members of the former regime are staying still hold prayers with loudspeakers, in violation of the preventive measures.

Sudanese Information Minister Faisal Mohamed Saleh expressed his dissatisfaction with some mosques’ violations of the preventive measures, noting that some view the establishment of group prayers in the mosque as a victory over the government.

The purpose of the measures is not to prevent people from performing their duties, but to protect them from the corona pandemic, Saleh said in a press statement, stressing that the government will not resort to closing mosques by force, but relies on citizens’ awareness.

On the other hand, the prominent Brotherhood trumpet Al-Jazeera started an incitement campaign against the Sudanese measures to control the spread of corona weeks ago by hosting non-specialists who excluded the possibility of the corona virus moving to Sudan due to the heat, which is not scientifically proven. However, it then stopped this practice after receiving warnings from the Ministry of Information in Khartoum.

According to political analyst Dr. Abbas al-Tijani, the remnants of the Brotherhood ignorantly believe that they are opposing the transitional government when they incite citizens not to respond to the preventive measures, which exposes the group’s inhumanity and lack of morals.

“I do not rule out that elements of the defunct regime want the virus to spread in order to exacerbate the crises on the transitional government,” Tijani said, adding that the Brotherhood desires to portray the new government as a failed authority before the people.