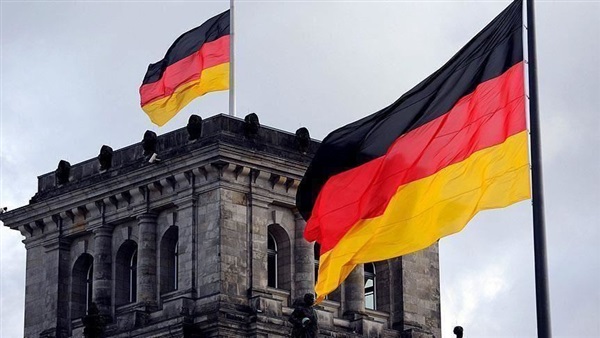 Germany’s decision to classify the Lebanese Hezbollah militia on its soil as a terrorist organization has raised questions about the fate of Lebanese-German relations, especially since Hezbollah is currently in control of the government in Beirut after Hassan Diab became prime minister, as well as how German-Iranian relations will be affected, especially following the US sanctions, as Tehran is counting on good relations with Germany and the European Union.

German police arrested a number of elements suspected of belonging to Hezbollah. Although Germany had previously differentiated between the political and military arm of the group in order to leave room for communication, the matter has now changed and Iran's political and military arm has been cut off after a German intelligence report included a strong warning of the severity of Lebanese militia activity on the foreign interests of Europe's largest economy.

Regarding Lebanese-German relations, Osama al-Hetimi, a journalist and researcher on Iranian affairs, told the Reference that the step taken by the German government to ban Hezbollah was not surprising, as it is a continuation of what the German parliament witnessed last December when it voted by a large majority to pass a law in this regard, so the government could not ignore the parliament’s position.

The months between the parliamentary vote and the government’s decision means that the government has studied the implications of making this decision well, especially with regard to German-Lebanese relations, Hetimi said.

He pointed out that Berlin may have decided to follow the same path as the United States, which has for years classified Hezbollah’s military and political wings as a terrorist organization while not preventing Washington from maintaining an open relationship with Lebanon and remaining one of the Lebanese government’s most important supporters. At the same time, the US did not hesitate to take all measures to disrupt the criminal networks that help finance Hezbollah, which is very similar to the approach taken in the Netherlands, Britain and Canada.

Widening the gap between Tehran and Europe

Regarding Iranian-German relations, Hetimi said there is no doubt that this decision will widen the gap between Tehran and the three European countries that signed the 2015 nuclear agreement (Germany, Britain, and France), which Tehran is counting on at the moment to ease the economic sanctions.

According to Hetimi, the German step signals to the Iranian regime that it is not possible to separate so sharply between the United States and the European parties, which adopt the American position even if it sometimes appears that they are acting independently from US policy.

However, this does not mean that Iran will fall into the trap of taking a reactionary measure that cuts off relations between Iran and Europe, especially since Iran is still betting on some contradictions between Europe and the US in order to achieve its interests.

Benefits of ban in Germany

The ban on Hezbollah bears great benefits, according to German parliamentarians. In June 2019, Christian Democrat Union (CDU) MP Marian Wendt, who supports a comprehensive ban on Hezbollah and its activities in Germany, stated that Hezbollah is not only a propaganda machine, but rather it is also a criminal, terrorist and military organization. She added that the ban will bring great benefits, as it can prevent money transfers to Hezbollah and uncover the makeup of the terrorist network.