Nine years after bin Laden's liquidation, Al-Qaeda between ups and downs of ISIS 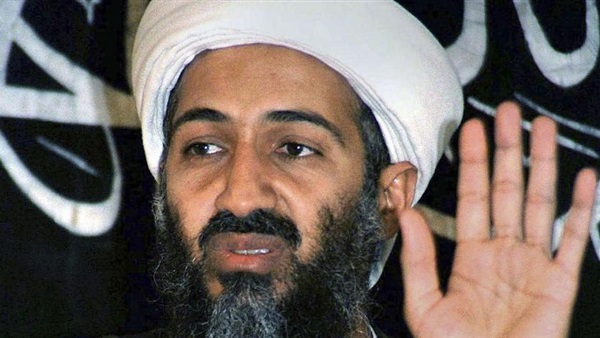 It has been 9 years since the killing of former al-Qaeda leader Osama bin Laden on May 2, 2011, leaving his organization at the height of his power before ISIS kidnapped the spotlight from him and rivaled him for the leadership of global terrorism.

They are the rule

During the nine years, the new leadership represented by Ayman al-Zawahiri did not possess the capabilities that enabled it to expand the organization in a way that is commensurate with its history on the one hand and keeping pace with global changes on the other.

Although al-Qaeda announced new branches in the Indian and Asian continents and some African countries, in contrast, it lost many branches in some regions in favor of ISIS.

Despite these losses, it still maintained a number of spheres of influence that ISIS had failed to dispute.

Between ups and downs

The Reference in this investigation reveals the map of al-Qaeda existence up and down during the past nine years.

The branches of the current base came as follows:

• Al Qaeda in the Islamic Maghreb: It is a branch that appeared in 2006 when an Algerian militia sided with Al Qaeda after a crackdown by the Algerian forces, and it moved to the coast and West Africa.

Al-Qaeda in the Arabian Peninsula: This branch appeared in 2009 through the integration of local terrorists with the international jihad network in Yemen and Saudi Arabia.

Al-Qaeda in the Indian Subcontinent: This branch has been active in Pakistan, India, Myanmar and Bangladesh since 2014.

• The Muslim Support Group: An affiliate of Al-Qaeda formed by the merger of many militant groups in Mali and West Africa.

• Mujahideen youth: active in Somalia and East Africa and swore allegiance to Al Qaeda in 2012.

The Headquarters for the Liberation of Al-Sham: It emerged from the merger of many armed militia in Syria and declared allegiance to al-Qaeda, a branch of the organization in Syria, despite its announcement of separation from the organization.

According to the study prepared by the American Rand Center, entitled "Al-Qaeda after nine years," Al-Qaeda began losing many lands since 2012, precisely with the beginning of the emergence of Al-Qaeda son Abu Bakr Al-Baghdadi, the former leader of the "ISIS".

This comes as Al-Baghdadi began since 2012 entering direct confrontations with al-Zawahiri, the former leader of ISIS, challenged the al-Qaeda leader, refused to submit to his orders, and made more than one attempt to destroy him in Syria through his branch there represented by the Headquarters for the Liberation of Al-Sham.

ISIS was able, through the retreat of Al Qaeda, to announce its resounding appearance as a state in 2014, and among the reasons that helped al-Baghdadi in that are the successes of his elements in the field in Iraq and Syria.

This comes especially as these successes attracted thousands of people affected by the ideas of the organization from different countries of the world, and this happened with al-Qaeda in the beginning of the millennium when thousands of volunteers joined the different branches of al-Qaeda.

ISIS began to gain the loyalty of groups around the world that had previously owed their loyalty to Al Qaeda, which made it possible to establish branches of its organization in the areas of influence of Bin Laden.

In Egypt, what is known as the "Sinai Province" replaced the "Ansar Beit Al-Maqdis Group", and in Libya, more than one emirate of ISIS appeared, most notably in Sirte, and in Tunisia a branch of "ISIS" appeared in the name of "Soldiers of the Caliphate", in exchange for the branch of "Al Qaeda" active there.

In the countries of the African coast, another branch of “ISIS” emerged, part of which is the result of a defection within the Boko Haram group, and it became competing with the Al-Qaeda branch in Nigeria, which bears the name of “the group supporting Islam and Muslims”.