France and Spain expected to announce easing of lockdowns 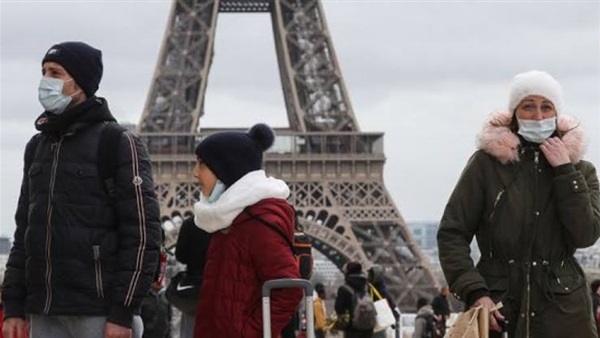 France and Spain are expected to announce plans to lift their strict Covid-19 lockdowns, even as official figures in Germany showed the infection rate starting to rise again after restrictions there were eased.

Governments across Europe are wrestling with the conundrum of how best to lift often draconian confinement measures that are exacting a disastrous toll on their economies, while avoiding a dangerous second wave of contagion.

The French prime minister, Edouard Philippe, will address the lower house of parliament at 3pm local time on Tuesday to reveal how the country, which has recorded more than 23,000 deaths from coronavirus, plans to exit its six-week-old lockdown.

Philippe’s announcement will be followed by a debate and a vote, with just 75 of France’s 577 MPs allowed into the Assemblée Nationale in order to respect social distancing. All others will vote by proxy.

The president, Emmanuel Macron, had earlier announced that the lockdown would be lifted from 11 May, but was vague on the details apart from saying pupils would start returning to school from that date and cafes and restaurants would stay shut.

The plan has been agreed with Macron and follows a fortnight of intense discussion between ministers, each of whom was asked to recommend measures for their own area of responsibility, and the government’s specialist scientific committee.

The difficulties of the trade-offs involved in what is promised to be a “progressive and controlled easing of confinement” are already apparent: the scientific council has said it favoured schools reopening only in the autumn, while acknowledging the “political” decision of the government to reopen them earlier.

Philippe is expected to announce when face masks must be worn; who will be tested for the virus; which workers are expected to return to their jobs; what shops will reopen and when; and what arrangements have been made for public transport.

France’s hard-hit restaurants, cafes and bars, however, are unlikely to reopen for several weeks yet and the government is not expected to tell them until the end of May when they can open.

“The virus does not like the French way of life,” Macron told a meeting of industry representatives last week that included several star chefs.

Spain, which has also suffered more than 23,000 coronavirus deaths, was also set to announce its “gradual and asymmetrical” roadmap out of lockdown later on Tuesday, although the prime minister, Pedro Sánchez, has first to present it to his cabinet and obtain their approval.

Salvador Illa, the health minister, has suggested that the easing of restrictions should be staggered, with different groups of people, such as families with children and the elderly, allowed out at different times of day.

The country’s population of nearly 47 million have spent more than six weeks in strict lockdown, with only adults authorised to leave home to buy food and medicines or walk the dog. In a first cautious step out of confinement on Sunday, children were allowed out for the first time.

Italy, which has the world’s second highest number of coronavirus deaths at more than 26,000, will allow factories and building sites to reopen from 4 May and permit limited family visits as it prepares a staged end to Europe’s longest lockdown, the prime minister, Giuseppe Conte, said at the weekend.

In Germany, however, where the chancellor, Angela Merkel, and state premiers agreed that smaller shops, car and bike dealers and bookstores could reopen from last week and some pupils return to school from Monday, the first signs appeared that transmission of the virus had picked up again.

The reproduction or infection rate, under close watch by health authorities, rose to around 1.0 from 0.7, meaning each infected person passes the virus on to one other, figures from the Robert Koch Institute (RKI) for disease control showed. Ministers and virologists have stressed the number must be kept below 1.0.

“We don’t want the number of Covid-19 cases to rise again,” the institute’s president, Lothar Wieler, said on Tuesday. “Let us continue to stay at home as much as possible, keep observing the restrictions and keep a distance of 1.5 metres from one another.

The number should stay below one, that is the big goal.”

Germany has managed to limit its outbreak to 150,000 and just over 6,000 deaths and Merkel’s coalition government is coming under intense pressure to lift its lockdown faster, with elder statesmen such as Wolfgang Schäuble saying the social and economic costs of lockdown must be weighed against the need to save lives.

Merkel warned last week that some of the country’s 16 states were moving too swiftly. The country was on “very thin ice” and risked squandering its early achievements in containing the pandemic, she said. But the country’s most popular newspaper, Bild, on Monday accused her of being “stubborn, pig-headed and bossy”.