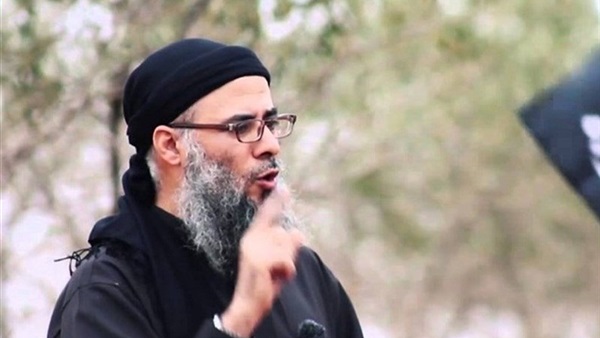 In a clear defiance of Washington, one of the most prominent leaders of the terrorist organization Guardians of the Religion in northern Syria, which is affiliated with al-Qaeda, appeared for the first time after the United States offered a financial reward to those who provide information about him.

Sami al-Uraydi, also called Abu Mahmud al-Shami, spoke in an audio recording published by Sham Al-Rabat on Thursday, April 23, while he was sitting at a table with a bottle of water, some books and a firearm.

In the recording, entitled "Ramadan, University of the Pious", Uraydi spoke about the merits of the month, addressing those he described as "immigrants."

The US State Department’s communications team posted a tweet several months ago in which it announced a reward of $5 million for those who provide information leading to the arrest of three Guardians of the Religion leaders in Syria.

The State Department explained at the time that the three figures had been active in al-Qaeda for several years and were still loyal to its current leader, Ayman al-Zawahiri. The three leaders included Uraydi, alongside Farouk al-Suri (Abu Hammam al-Shami) and Abu Abdul Karim al-Masri , who is a member of the organization’s Shura Council.

Sami Mahmud al-Uraydi was born in the Jordanian capital Amman in 1973. He received a doctorate in Islamic law from the University of Jordan in 1997 and another doctorate in the same discipline in 2001, and he also has several books on jurisprudence.

Uraydi was influenced by jihadi concepts, especially those called for by Abu Musab al-Suri. Before Uraydi became a prominent leader in the Guardians of the Religion organization, he was a member of Hayat Tahrir al-Sham (HTS), where he was the head of the Sharia authority before he joined the second group.

Uraydi used social media during his time with HTS to launch a media attack against the terrorist organization ISIS, which he considered to be Kharijite.

Uraydi was a member of HTS until February 2018. But after the official announcement of the founding of Guardians of the Religion, led by Abu Hammam al-Suri, he joined the new terrorist organization following a spat of political differences between him and HTS leader Abu Mohammad al-Julani.

During skirmishes between HTS and Guardians of the Religion in late November 2017, HTS arrested Uraydi on charges of splitting the ranks within HTS.

In mid-December 2017, HTS released Uraydi two weeks after his arrest following widespread controversy that accompanied it, as al-Qaeda was called on to interfere by publishing a recording by Zawahiri attacking HTS.