What will be after allowing humanitarian aid to Iran amid Covid-19 crisis? 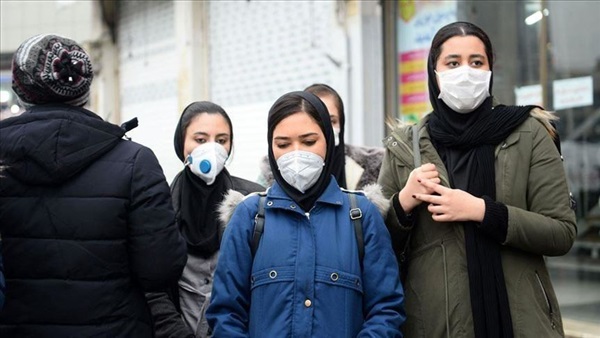 The United States allowing humanitarian aid to Iran in light of the Corona virus crisis, renewed talk about the possibility of easing the economic sanctions imposed on it since 2018, which caused Tehran to lose $ 200 billion, according to Iranian President Hassan Rouhani.

It should be noted that, although the sanctions essentially do not include the relief aspects, but the Iranians always say that humanitarian aid is facing faltering due to the sanctions, but US President Donald Trump recently confirmed that sending humanitarian aid and medical equipment to Iran in order to confront the Corona virus, There is no problem with it, as US Secretary of State Mike Pompeo said at the end of March that the United States is likely to consider easing sanctions on Iran and other countries to help fight the emerging corona virus.

The South Korean Ministry of Foreign Affairs announced the resumption of humanitarian exports to Tehran, after receiving a green light from the American side to confirm the American administration's seriousness in mitigating the impact of the sanctions on the Iranian people after Washington's repeated assertion that those sanctions are aimed at pressuring the regime, not the people.

The Koreans are scheduled to start sending their humanitarian exports, which are expected to include medical equipment and medicines, in May, according to the South Korean Yonhap News Agency, but the financial institutions involved in the deal must take measures to ensure the shipment reaches Iranian citizens. And not to the hands of Iranian government officials for use in other purposes, among which may be to support militias abroad that engage in terrorism within Arab countries.

In light of this American approval, the outside parties are exempt from any consequences because of their dealings with Iranian institutions subject to sanctions, such as the Iranian Central Bank, for example, which pursued accusations of financing the Revolutionary Guard's sabotage activities.

During the last period, and even today, the American administration insists that lifting the sanctions will not be in the interest of the Iranian people, but rather the money will go to support terrorism, as happened during the signing of the nuclear deal in 2015 when Tehran obtained $ 50 billion of its frozen funds, and instead of directing it To support development, military arms that wreak havoc in the region have been supported, and because of this, Washington rejects the Iranian request from the International Monetary Fund for a $ 5 billion loan to combat the outbreak of the Corona epidemic known as Covid-19, as the United States has veto power in the IMF as well Its powers to prevent directing loans to any country

Iranian President Hassan Rouhani has accused Washington of exercising great injustice on his country due to the prevention of obtaining the loan, describing its position as "inhuman" and that it is "a stigma", but the Americans instead agreed on Sunday to free $ 1.6 billion of Iran that was frozen in Luxembourg, Rouhani described the matter as an Iranian victory, according to the official IRNA agency.

Since 2017, Tehran has been trying to obtain the funds frozen in the financial firm Clearstream, based in Luxembourg, without success.

Iran has become the focal point for spreading the disease, after it became the first source of it, and it accounted for nine-tenths of HIV infections in the Middle East, according to reports highlighted by the "CNBC" network, and recorded to date more than 4400 deaths and more than 71,600 infections, according to official figures Announced by the Ministry of Health.

The United States aims to avoid being accused of being responsible for the poor humanitarian situation in Iran during the invasion of the new virus, and the American envoy, Brian Hook, always reiterates that Iranian allegations that the sanctions are the cause of the deterioration of the situation are incorrect, because the humanitarian aspects are not covered by the sanctions in the first place.