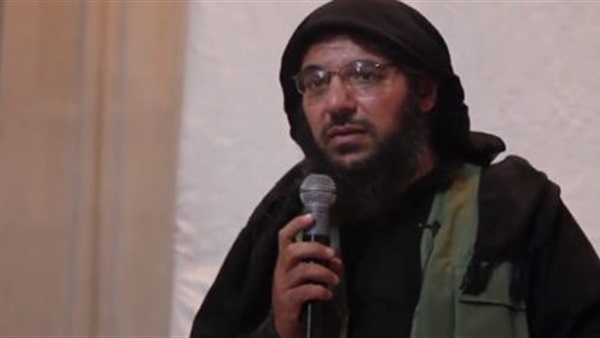 There has been a wave of resignations that struck Hayat Tahrir al-Sham (HTS) in northern Syria due to the policies of its leader, Abu Mohammad al-Julani, which some the organization’s leaders reject. A leader and member of the group’s Shura Council, Jamal Zainia, nicknamed Abu Malik al-Tali, announced his resignation because of what he said was his lack of knowledge of some of the group's policies and his lack of conviction.

Tali’s exit from the council coincided with the increased talk about the steps taken by Julani to dismiss the formations opposing him in northern Syria.

Tali, 35, is from the town of Tel Manin in the countryside of Damascus. His name surfaced in 2014 after an ISIS attack against Lebanese police.

Tali was a major supporter of al-Qaeda. He was imprisoned in the countryside of Damascus in the 1990s on charges of being a Salafist. After his release, he was one of the engineers, planners, and intruders of security zones and warehouses in the town of Mahin.

He was at the head of the perpetrators of an attack in the town of Arsal, one of the Lebanese cities affiliated to the governorate of Baalbek. At that time, he was an HTS leader responsible for the Qalamoun Mountains in western Syria. In 2015, he left Qalamoun and went to Idlib.

Before Tali entered the field of terrorism, he worked distributing vegetables and fruits. He also drove a truck transporting goods between Syria and Saudi Arabia, in addition to smuggling, until the Syrian authorities arrested him and a court sentenced him to twenty years in prison. He was released after the start of the civil war in 2011 by presidential amnesty, after spending just seven years in prison.

Tali’s crimes were not only limited to terrorism and smuggling, but also extended to kidnapping and ransom. According to reports, Tali entered into major negotiations with the Lebanese government in 2014 and 2015 after he kidnapped a large number of nuns in the town of Maaloula, in addition to kidnapping some young men and asking for ransom from their families, at which time the government intervened to solve this crisis.