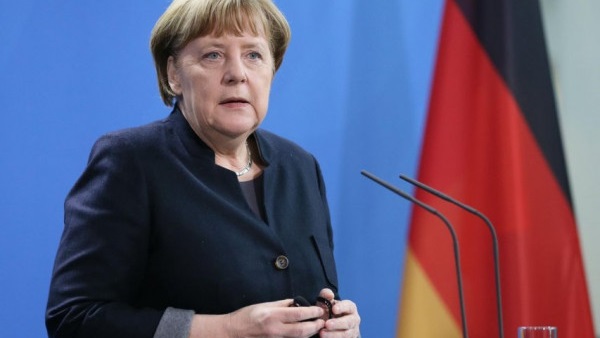 Chancellor Angela Merkel’s government unveiled a new “limitless” loan program for Germany’s vast ranks of small- and medium-sized companies, filling a hole in an unprecedented aid package to cushion the economic impact from the coronavirus pandemic.

The government will guarantee 100% of loans for companies with between 11 and 250 employees, German Finance Minister Olaf Scholz announced at a joint press conference with Economy Minister Peter Altmaier on Monday. Loans of up to 800,000 euros ($862,000) will be made available quickly to help firms pay rent and cover other costs due to disruptions to supply and demand.

“We’ve already talked about the famous ‘bazooka,’ there is no limit for that -- and of course in this case, there is no limit,” said Altmaier. “We’re hoping that the limit will be dictated by the course of the pandemic.”

The new guarantee program comes on top of a barrage of measures to counter what Merkel has called Germany’s biggest challenge since World War II. The government has said that the economy might contract even more this year than the 5% drop caused by the sovereign-debt emergency in 2008 and 2009.

Small, family-owned companies, known as Germany’s Mittelstand, are critical to Europe’s largest economy, accounting for more than half of nationwide employment.

The program is a follow-up to an earlier plan to help companies secure liquidity amid the fallout from lockdown measures. That program only covers 80% to 90% of the credit risk, and banks have been reluctant to offer some companies loans as the economy falters. Bloomberg News reported on talks for the new program on Friday.

The loans will initially carry a 3% interest rate, but companies can swap them for better conditions if they qualify.

“There will be those who opt for this credit because they’ll say that because of all the documentation, the other will take longer but I can take this up immediately,” said Scholz, reiterating plans for a stimulus program to revive growth once the crisis subsides. “The measure is an additional, important contribution to the stabilization of our economy.”