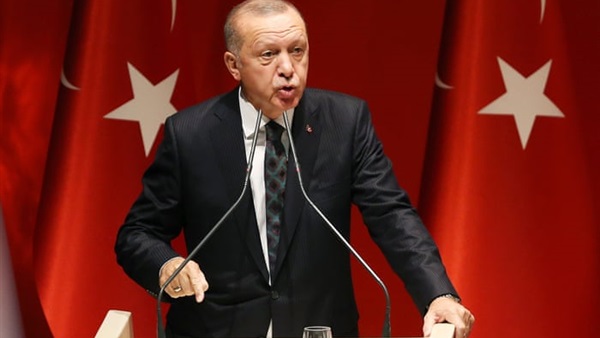 Despite the number of those infected with the novel Covid-19 corona virus in Turkey exceeding 13,000, it seems that President Recep Tayyip Erdogan does not care, as he stressed that maintaining the economy is his current priority, far from the global state of preoccupation the deadly virus.

In a shocking statement on Monday, March 30, Erdogan emphasized the need to continue production and keep "the wheels of labor turning" during the corona virus pandemic in order to support the country’s exports and maintain basic commodity supplies.

Zeki Kilicaslan, a professor at Istanbul University’s Faculty of Medicine, said that the number of cases of the virus in Turkey has gone out of control, pointing out that the number of deaths soon reach similar numbers as those recorded in Italy or Spain.

Kilicaslan confirmed that the rapid increase in the number of cases is largely due to the lack of tests and the delay in response by the authorities.

Meanwhile, opposition İYİ Party deputy leader Ahat Andican confirmed that the figures announced by the Ministry of Health regarding the spread of the virus did not reveal the true size of the pandemic in the country, as the Turkish president and his ministers have remained in denial.

The terrorist regimes in Turkey and Qatar appear to have agreed to keep their airspace open for profit, even at the expense of their citizens’ health during the corona crisis. Turkey Now reported that Qatar Airways CEO Akbar Al-Baker revealed that Turkey has continued to receive many foreigners daily through flights departing from Doha to Istanbul, as Qatar Airways is one of the few companies in the world that are still determined to operate flights despite the decreased demand during the global pandemic.

On the other hand, the opposition Turkish newspaper Zaman reported that CHP MP Engin Altay stressed that the Turkish presidency must abandon luxury and end financial corruption instead of inviting citizens to participate in a donation campaign to provide the necessary funding to face the corona pandemic after Erdogan launched a national donation campaign.

This is the second donation campaign that Erdogan has called for in three months, following a campaign in January to help those affected by an earthquake, which was not free from criticism, as the government has exploited natural disasters in order to obtain funds from citizens.