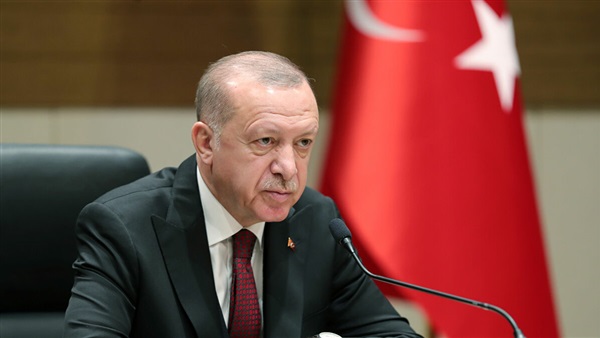 A number of web trolls and fake accounts have started promoting and cheering for Turkish President Recep Tayyip Erdogan in Lebanon, under the name of “Erdogan’s Supporters in Lebanon”, describing him as the protector and leader of Muslims around the world, blessing his moves in Syria, Libya and countries of the Arab region.

These accounts also claim that Erdogan is defending the truth, humanity and hope of the Islamic nation, while the world knows that he only cares about his colonial dreams, his lost ancestral empire and rebuilding it.

Journalist Abdelmonem Ibrahim describes Turkey’s actions in the Arab region and the Middle East, especially in Lebanon, Syria, Iraq and Yemen, as attempts to extend its influence and occupy countries while dreaming of building the lost Ottoman Empire and take over the world, not just Arab countries.

He added in an article published by Akhbar Al Khaleej news publication that Turkey is following Iran’s lead in relying on armed militias and proxies and even dispatched mercenaries to Libya to fights its national army.

Turkey seeks to highlight and affirm its representation of the Sunni community in the Islamic world and build a Caliphate of Muslims in Ankara, but in reality,  both countries are taking religion as a cover for their new colonial expansion.

The writer also added that Turkey and Iran are sharpening their teeth for the “Arabian Cake” with an open appetite and extreme voracity, pointing  out that this Iranian-Turkish reincarnation is the ideology that forms the doctrinal incentive for spreading their political influence abroad.

Turkey has depended on the Muslim Brotherhood’s ideology in extending its political and military influence, and also relied on Qatar to finance its international scheme in the Arab region.

Doha has funded Turkey’s military operations in north-east Syria, as well as the expenses of recruiting Syrian mercenaries to fight in Libya for $2,000 a month, according to the writer.

Turkish military forces and a coalition of Turkey-backed Syrian armed groups have displayed a shameful disregard for civilian life, carrying out serious violations and war crimes, including summary killings and unlawful attacks that have killed and injured civilians, during the offensive into northeast Syria, said Amnesty International today.

The organization gathered witness testimony from medical and rescue workers, displaced civilians, journalists, local and international humanitarian workers, as well as analyzing and verifying video footage and reviewing medical reports and other documentation.

It also reveals gruesome details of a summary killing in cold blood of a prominent Syrian-Kurdish female politician, Hevrin Khalaf, by members of Ahrar Al-Sharqiya, part of the Syrian National Army, a coalition of Syrian armed groups equipped and supported by Turkey.