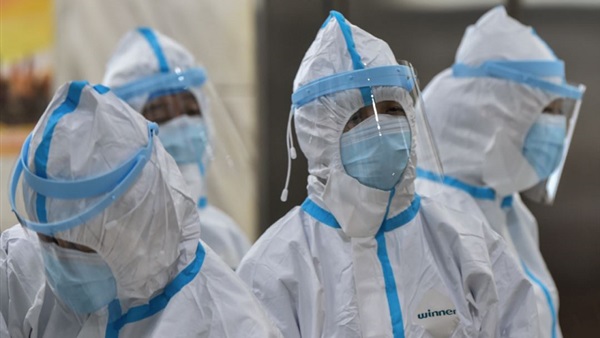 Germany had discovered its first few COVID-19 cases by January 27, but thought they were little more than local threats that could be easily managed.

Covid- 19 began to spread in Bavaria on 27th, specifically in the auto parts manufacturer in Bavaria.

It transferred to a number of German cities.

The most recorded injuries were initially a cluster of injuries that arose in Heinzberg as the virus spread there through a secondary festival held in the city.

The first two deaths in Germany were recorded on March 9th for a 89-year-old woman in Essen and a 78-year-old man in Heinzberg.

To date, the number of injured people has reached more than 91,000 (according to the Robert Koch Institute today statistic) throughout Germany.

Most of the injuries are concentrated in the following states: Bayern, North Rhine, Baden-Wuerttemberg, and the death toll did not exceed 1.5% of the injuries.

How Germany managed to reduce the number of deaths despite the increasing number of injuries?

70% of the infected people not exceed sixty years old, which is the opposite of those in Italy and Spain.

The capacity of health care systems in different communities also has an influence on death rates. When the number of severely ill patients exceeds the number of available intensive care beds and ventilators, not all critically ill people can receive adequate treatment and the number of deaths will increase.

This is evident in some regions in Italy, where doctors reported that they've had to decide which patients with the best chance of recovery can be put on a ventilator and who is left to die.

Despite all of this, German Chancellor Angela Merkel did not hesitate to speak to her people, announcing that more than 70% of the German people will be infected with the new Corona virus, which urged her people to be patient with the new situation and acquiesce in the preventive measures imposed by the country to limit the spread of the epidemic.

Although a complete health ban was not imposed on all parts of Germany, but only five states in which the mayor of the same state decided this decision for the authority of the state mayor to issue an outbreak due to the outbreak of the epidemic in his state and the high number of those affected, and the rest of the German states did not impose a complete health ban so far.

The German Chancellor, Angela Merkel, was satisfied with reducing the work and the percentage of daily work for workers in the other states, completely closing nurseries, schools, universities, government and private institutes from March 13 to April 19, closing libraries, beauty salons, malls and gyms, and completely preventing visits to the elderly residing in care homes The elderly, and the government imposed fines of up to 2,500 euros to collect more than two people in the streets and public places.

But Merkel saw that all these measures are not sufficient, and she accelerated, at the request of the health authorities in the country, to increase the numbers of microscopy early and quickly, as the tests for the early detection of the Corona virus reached a number of 500,000 tests per week, which was boasted by the German Health Minister Jens Young. In the media, it is one of the largest numbers that no country can ever do.

Likewise, some European countries have requested assistance from Germany to send some of the infected people who are in difficult conditions due to the Corona virus, and from the point of Germany's assistance to neighboring and friendly countries, Germany has received a number of the injured from Italy and France through the A-310 medical evacuation plane, which is a plane The German army is equipped with an intensive care unit and the injured have been distributed to several German hospitals.

The German chancellor also approved a proposal for a website tracking system that aims to track people with corona and is currently being tested in Berlin, and Merkel indicated that she will use the application on herself if the experiment is proven successful, and aims to improve the follow-up of cases in contact with the injured.

Will this measure accept the approval or opposition of the German people, who are inherently different from other peoples such as China and Korea in terms of the German people adhering to their right to privacy and non-tracking? This is what we will see if the German government recommends it.

Corona Hospital: Will Berlin succeed in returning the miracle of China to build a hospital for treating Corona cases within days?

German Chancellor Merkel has approved a decision submitted by the Minister of Health of the State of Berlin Delek Callits to set up a Corona Hospital on the Berlin Exhibition Square in cooperation with the German army to accommodate up to 1000 people with Corona virus in anticipation of increasing numbers for the coming period.

The German Robert Koch Institute expects an increase in the number of people infected in Germany in the coming days, and that the proliferation of the Corona virus will remain for long periods of time, with the hope that the awareness of the German people and the strength of the health system in the country of lower mortality is not the magic solution that Germany found and was secretive as some believe.