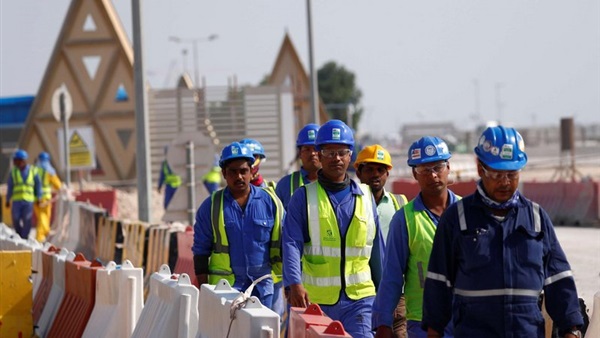 The weak measures of the Qatari government, which led to the spread of coronavirus in the country revealed the continuous bleeding of the economy due to the policy of Al-Hamdeen on the internal and external arenas, and turning it into a sponsor of the anti-Arab agendas of terrorist groups, supported by Turkey and Iran.

The repercussions of this scene were apparent on the successive bleeding of losses, whether in the oil sector, or the diminishing of stock market indicators, and extended to the state’s inability to deal with the consequences of the spread of coronavirus whether in evacuating Qatari nationals abroad, or returning the stranded Arabs and foreigners in Qatar to their countries, as Doha harnesses its potential to provide health care to members of Hezbollah and the Iranian Revolutionary Guards.

Observers emphasized that the confused scene in Qatar is nothing but the summit of the Snow Mountain in a major economic and political crisis, as a result of the policy of Al-Hamdeen, which has made the country a hotbed of provoking conflict in the Arab region.

Qatar Airways faces the specter of bankruptcy due to the government’s neglect of the company’s appeals to provide financial liquidity to compensate the company’s losses after the spread of coronavirus.

The exhibition Qatarelix website stated that Akbar Al-Baker, CEO of Qatar Airways, announced that the available liquidity for the company during the current period is very little, and it is not sufficient for the continuation of its flights, except for a very short period; which led to Qatar Airways incurring millions of dollars in losses.

The financial crisis of Qatar Airways revealed the preoccupation of the Hamdeen regime in its foreign policies, ignoring the Qatari government to return the Qatari citizens stranded abroad, at a time when it harnessed all its capabilities; for the sake of Turkey and Iran.

This comes at a time when the Al-Hamdeen organization allocates flights and hospitals to treat the injured Revolutionary Guards, and transports them from Beirut to receive treatment in the Qatari capital, Doha, during the last week of March 2020.