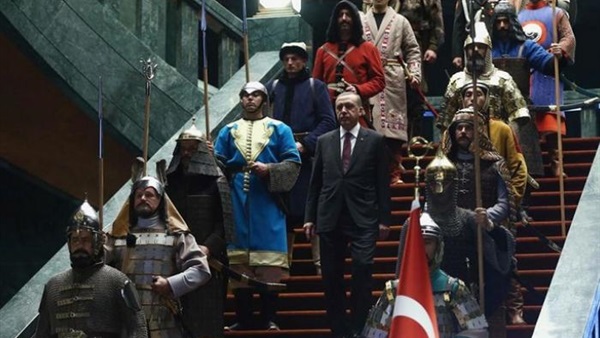 Turkey is using drama to culturally penetrate Lebanon in order to restore the so-called Ottoman caliphate. That plot was launched in 2002 when the ruling Justice and Development Party assumed power in Turkey.

In 2016, the head of Turkey’s Export Council said the target was to reach $2 billion of cultural products, especially drama.

Turkey is merely drawing on history to serve its expansionist political goals. To this end, it produced historical dramatic works to be screened in all Arab countries.

These soap operas featured Ottoman sultans as great rulers.  These TV series did not feature the real situation in Lebanon after the Ottoman invasion in 1516. Lebanese historian Ahmed Aref al-Zein said Sidon was miserable under the Ottoman occupation, which ruined Lebanon.

Moreover, Ankara is trying to use its drama to promote tourism by featuring its natural landscapes, tourist destinations and monuments.

These endeavors have increased the number of tourists to Turkey and revenues from tourism.

Researcher Ahmed El-Enany, an expert on international relations, said that Turkey is using the soft power of art and others to promote its dreams of the Ottoman caliphate.

“Turkey wants to promote the so-called new Ottoman Empire, especially in Lebanon, Libya and Syria. Ankara is seeking to make the peoples of these countries study the Turkish language and learn in Turkish schools,” El-Enany told THE REFERENCE.

The researcher added that all Turkish films and soap operas are politicized to serve Erdogan’s Justice and Development Party.